Irish artist Aidan plays a style of energetic folk-rock moulded by ten years of travelling and his Irish roots. His debut studio album, “Le Grand Discours”, will bring to mind the likes of John Martyn or Elbow.

Born and raised in Dublin and currently living in Bruxelles, the road that took him there has been considerably longer than the distance between the two cities. Infected with the travel bug from an early age, Aidan was quick to strap on a guitar, jump on his bike and set off on a variety of adventures throughout Europe.

Writing, recording and playing his way across nine different countries, Aidan would wake up some days as a farmer, some days a scuba-diver and some days as a sound engineer - always singing and clocking up the kilometers on his bike. As his travels continued, he had the opportunity to meet and play with artists as diverse as Bobby McFerrin, Damien Rice, Conor O'Brien (Villagers) and Antoine Wielemans (Girls In Hawaii). Some of these collaborations made it to tape, some to stage, and others no further than the kitchen table, but each was important in forging his continuing path.

His new album, “Le Grand Discours” is a culmination of this journey: A series of eleven snapshots; eleven intimate, yet high-energy performances; beautifully and carefully orchestrated with all the colours of his travels. The album features guest performances by many of the characters he has met along the way, lifting its lyric with string, wind and vocal arrangements and set to the solid backbone of the Italian Weather Ladies, a group of specially selected musicians who accompany Aidan on his musical quest.

An experienced musician with hundreds of shows under his belt, Aidan has also recorded and toured around the world with Irish Meteor Award Winner, Wallis Bird, as well as releasing his own live album, “Live and Sans Souci”, with his collaborators, the Italian Weather Ladies, and being selected by Music Network, to represent Ireland in the 2008 Biennale in Italy with his previous musical vehicle, “Lord Altmont”.

“Le Grand Discours”, released with Hazelwood Vinyl Plastics / Rough Trade, will remind you of Elbow, Nick Drake, John Martyn or even Villagers. Aidan is one of those rare musicians where the energy he evokes in his performance seems to come from some deep and unknown place, so close your eyes and allow yourself be taken away...

What the press say:
"This could be the album of the springtime. We have grown familiar to the Irish guarantee of quality and it is clear here. Thank-you for this jewel." - Music in Belgium
"it's simply wonderful melancholic music orchestrated with a full band... Highly reccommended! 6/6" - stadt magazine
"an infinitely rich, moving and natural piece of folk art, which offers continuous surprises. A diamond debut." – glitterhouse
"beautiful songwriting debut for the year-end list... stunning. 4/5" – schallplattenmann
"There is so much to discover in "Le Grand Discours", people who love Elbow, Nick Drake and John Martyn, will accept it with open ears." - Suite 101 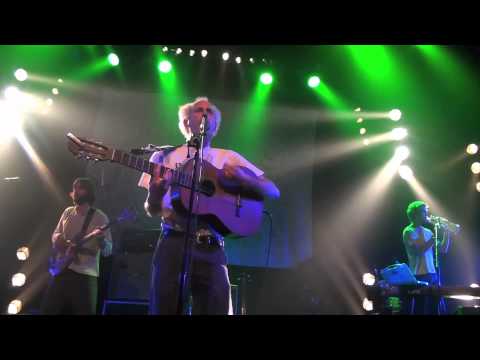 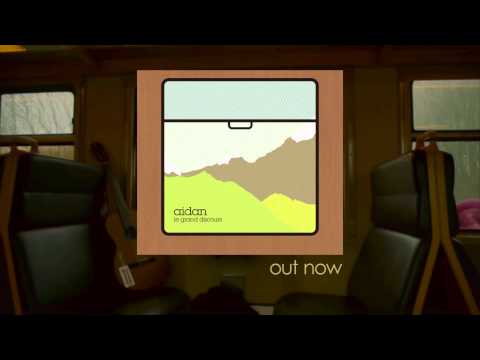