Over the past year Alan debuted his sophomore releases ‘The Drive’, ‘Another Rare Moon’ and ‘Sunshine State‘ to critical acclaim garnering Spotify playlisting, blog reviews and a festival slot at Blue Stacks Festival 2020.

The Dwelling EP completes a cycle of discovery - Alan was keen to explore the world and find inspiration from different cultures. Beginning in Reykjavik, Iceland, Alan began an internship with renowned label Bedroom Community. From there, he lived in Berlin before landing permanently in London. The theme of change and travel is consistent throughout this release. Working alongside producer Darragh Nolan (Sacred Animals) it’s a stunning exercise in carving the unfamiliar.

The EP begins with ‘Warmest Year Yet’ illuminating the current climate crises. Lyrics like "This land is your land , is my land , is our land too" referencing ‘Woody Guthrie - This Land Is Your Land’ a famous American protest song about inclusion and equality. ‘

Moving forward ‘The Drive’ was inspired by a visit to a town in rural Ireland affected by a car accident that changed the lives of so many families.
Quoting Alan “The Drive’ reflects tragedy in community , how one accident remains the burden of so many, how we move ourselves knowingly towards ruin when morality is there, opposite.

‘Another Rare Moon’ fights with addiction and the changing person.
The track rotates on heavy 808s, distorted Rhodes piano and three part harmonies, a falling; dystopian sound inspired by Clockwork Orange.
Community is a constant theme throughout the EP. Tragedy bringing people closer. The final track ‘Sunshine State’ reacts to Stoneman Douglas High School shooting in Florida.
However, despite the subject matter, the EP is under-laced with hope, recovery and finding relief again in the everyday. Alan sums it up in this quote

“The Dwelling EP is a culmination of three years of movement and idleness. A reflection on both local and global. Movements of people together for one cause; within a community and across the world. In this, ‘dwelling’ means finding peace from others, how grateful we must be for the people in our lives and those working for our lives”

Nialler9: "Alan Finan’s stripped back music proves that sometimes less really is more. The release of his stunning debut EP The Undwelling two months ago asserted him a prolific songwriter and lyricist as well as an equally versatile guitarist. The Donegal native’s music possesses the earthiness and of Bon Iver and Talos and the lyrical poignancy of Villagers, all of which make for a delicious concoction for the ears to feast upon." 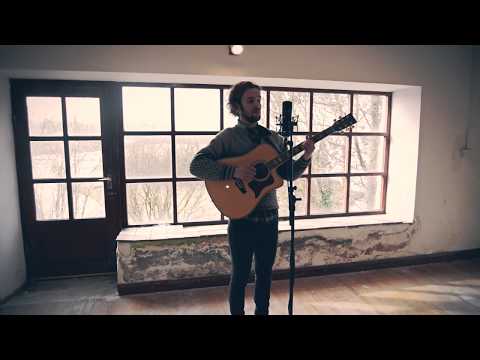 Warmest Year Yet
The Drive
Another Rare Moon
Sunshine State