HOTPRESS MAGAZINE. “SOULS: A melody that lives in the ideal space between catchy and complex. Impressive”.

ROB O’CONNOR | BEAT 102-103 “Alice mixes rock, country and pop into an irresistible musical compound which will take over the world given half a chance!”

SHAY BYRNE | RTÉ RADIO 1" as good as anything coming out of the USA or the UK or anywhere!

JOHN KEANE | KCLR LUNCH | One Irish artist you would love to see break-through in 2019? "That's a tough question, but my money is on Alice Lynskey..what an amazing talent and what an amazing voice!"

“She sits right up there in song writing and vocals with Lana Del Rey” STEVE WALL, THE STUNNING

"Lyrical rhythm in songs is something I’m always interested in. The way Alice flips a rhythm between verse and chorus is very sophisticated". STEVE LILLYWHITE

Alice Lynskey is a singer songwriter from Dublin and currently living in Wexford. Her music is wonderful entwining of pop/ ac with hints of rock and country . A strong melody is always central to the song! She has previously written a top ten track for The Stunning and has released 4 wonderfully received singles to date.

Alice is currently a semi-finalist in the International Songwriter Competition with her song "Lovesick Rollercoaster". She's crossing fingers and toes in hope of being a finalist!

Her next single "Love to Heal" will be released across all online music stores on March 4th 2020. It is a personal walk-thru speaking about Alices own experience of peer/social media expectations and the importance of making your own way through life, something that can be made easier with the love of family and friends.

Alices released “Souls” in May 2019 to great acclaim. A strong rock/pop anthem which has you playing air guitar and air drums at your desk within mere seconds of hearing it. It was Hotpress song of the day on release and also received brilliant reviews from Pure M and many others. It was KCLR song of the week, played on Dan Hegartys RTE 2FM show, was RTE 1 playlisted and played across the nation.

Along with The Acoustic Yard Festival in May 2019, Alice was invited to sing at the Folly Festival Laois in July 2019. As Irelands first gender balanced festival and in its 2nd year this sister festival of The Electric Picnic was a great success. Then in August Alice performed at The Playing Fields Festival in Kildare. In its first year it included The Stunning, The 4 of Us, Declan O’Rourke and Jerry Fish.

Early in 2018 she released her debut single “Devil in me” gaining a lot of airplay including being RTE playlisted, named KCLR song of the week and receiving great reviews from HotPress and Remys blog/Playlist and to name a few.
This was followed by “Lovesick Rollercoaster” which again was greeted with great reviews including the RTE/KCLR playlist and being named Hot Press Track of the day.
In October 2018 Alice released “Obscene Dreams”. Again receiving great reviews and also been included on The Acoustic Yard CD. It was made song of the week on KCLR and had its own ad on Beat 102-103 !

In 2018 Alice performed at the “Wexford Spiegeltent festival”,“Dublin goes Country Festival” and “The Little festival at the Big House”. Alice is classically trained and has sung on many stages including The 3Arena, The Olympia, RTE TV, The Helix, Whelans, and Enniscorthy Castle.

In 2014 Alice entered a song into RTEs “The Hit” and reached the final. Her song “Run and Hide” was recorded by The Stunning reaching No 6 in the charts. Alice has played support to many great acts including The Stunning, The 4 of Us, Declan O’Rourke, Paddy Casey, Little Hours, ELLYD, Peachface and Don Baker and Rob Strong. 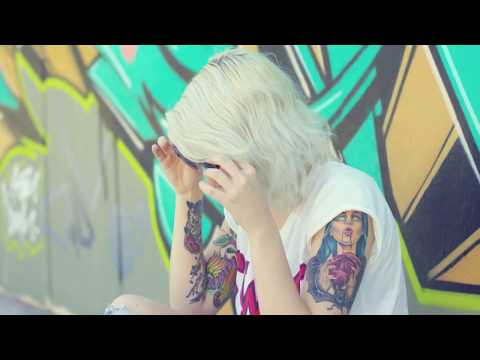