Often & best described as a multi-media junkie.
An established visual artist, graphic designer, disc-jockey, VJ & music producer based in the creative hotbed that is Cork City in the south of Ireland.

He built his reputation as part of the GENERIC PEOPLE collective who have notched up a well-deserved standing for tearing-up clubs and festivals with their cutting edge Audio/Visual DJ sets and full live band shows.
Known for sticking two fingers up to musical boundaries & rocking a multitude of high energy, floor shaking, mind bending ideas, cross-genres & styles during their Live shows & hybrid DJ sets.

Now for the first time he is releasing & performing music as a solo artist with a fresh, original sound that is highly influenced by his first love of Disco & raw Electronica and styled by his sublime live DJ sets as much as they are by his studio sessions and personal record collection.
His music belongs equal parts on the dancefloor and equal parts on your headphones. 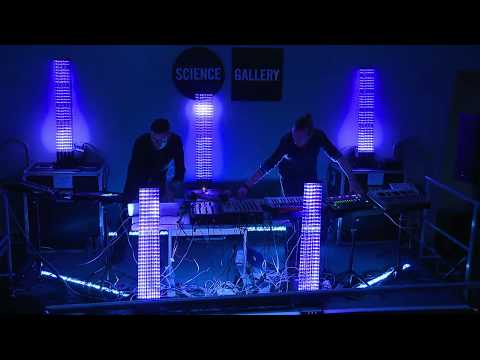