Billy Treacy and The Scope

Christy Moore on Ma: “This is just brilliant, you’ve taken us all on that journey with your mother. It’s a belter and a great tribute. Ride on Billy.”

Irishcentral.com on The Market: ‘A Masterpiece’

It’s often said that life is what happens when you’re making other plans but for Billy Treacy and the Scope, it was lockdown that helped push their new album. A band constantly in demand on the live folk circuit both at home and abroad, Treacy found himself without those gigs that had been his lifeblood. So when there was no space for the live shows he thrived on, Billy made space to create Life, a new ten-track album that focuses on all the subjects Treacy holds dear.
He’s a Dubliner through and through and it’s hard, he says, to watch that culture of music and song, ceol agus craic disappearing into the void of faceless hotels and coffee chains. Dollymount Beach and The Market hark back to the days of Treacy’s childhood, the sights, smells and sounds of old Dublin that are gradually disappearing. Ma remembers a similar era but is a touching tribute to the woman who brought Billy and his siblings up on the streets of North Dublin.
Along with the Scope who are Uilleann Pipes (Eoin Dillon ex KILA) , Fiddle (Anna Mary Donaghy) , Banjo (Anthony Warde) & Lap Steel (Graham Watson) Treacy’s blend of trad folk fusion has a splash of Dylan, a dab of MacGowan and a touch of Luke Kelly with a hat tip to the more traditional on a cover of The Sally Gardens but the songs are very much Billy’s own style, knitting together the past and present.
Life takes a scathing look at what the developers are doing in Temple Bar, a song released way before Nathan Carter even considered it while Moving This Way tells a familiar tale of the struggles our young people face today. Into This Life and The Good Life reveal a different kind of struggle, one more familiar to the musician who lives life between the road and the gig. But even when that’s all taken away, there’s a lot left to be thankful for, as long as you can lift a guitar and sing.
Billy says: ‘I feel I’ve put my whole life into music. It’s the joy and emotion you get from playing even if it’s just by yourself. You can multiply that then when you hear the other instruments join in with you. Multiply it tenfold again when you hear and see what it means to other people who are listening and living in the moment. When you see that, you realise that you’re doing something good for people and you can’t measure that in monetary terms. So we will keep playing for those people and for ourselves.’
Life is available for download from all digital stores on the 28th Jan 2022 with a pre order available from the 10th Dec 2021. But for those who love holding something in their hands, Billy has created a CD with a 20 page booklet of Dublin scenes, revealing where he got his inspiration. It’s available via social media and BillyTreacyMusic@gmail.com

Not to be held back by the current Covid crisis, we have decided to release to the radio a new track in lieu of an album launch. The release date is July 17th.
"The Market" is a lament to the demise of Dublin's Fruit Market and its traders and is a throwback to different times. With all gigs gone for the foreseeable future and having missed out on a tour of Denmark and Festivals in France & Belgium this year we felt it was important to try and keep active in some shape or form.

Billy Treacy is a Folk singer/songwriter from Dublin's Inner City. A modern day Balladeer with contemporary story songs using traditional instruments it neatly welds the past with the present.
His first Album "Head Above Water" was produced by Conor Brady and featured a host of musicians that Billy has played with around town. It contains thirteen tracks and features the viral video hits "Temple Bar" a humorous but truthful story about the tourist area told as only a real Dub could tell it. And "Woe!" a hard hitting tale of an Irish man trying to deal with the recession.

Billy has toured Norway, The Netherlands , France, Belgium, The Uk and The States in the past and has performed on Rte Television and several radio stations around the country.

Currently recording a new album with a more Roots sound it features Instruments such as Fiddle, Banjo (both 5 string and Tenor) and Uillean Pipes. The Musicians known collectively as The Scope change on different days depending on the size of the gig but consist of Anna Mary Donaghy on Fiddle, Paddy Kiernan (5 String Banjo), Gavin Whelan (Low Whistle and Pipes) Anthony Warde (Tenor Banjo and Mandolin) .
During the summer of 2017 Billy Treacy & The Scope performed there new single "Moving This Way" in front of 83,000 in Croke Park Stadium its an emotional song about the plight and problems that Ireland has faced in the past but especially now with the huge homeless crisis.

November 23rd 2018 is the release date for "Ma" a new ballad done in the old traditional style recorded in Floodplain Studios and engineered by Graham Watson with a lineup including Eoin Dillon (founding member of Kila) on Uilleann Pipes and Whistles.

July 20th 2019 Billy Treacy and The Scope will play the Het Lindeboom Folk and Traditional Music Festival in Loon Plage (near Dunkirk) in France. The line up will include Anna Mary Donaghy (Fiddle) Anthony Warde (Banjo) Eoin Dillon (Whistles and Uilleann Pipes). 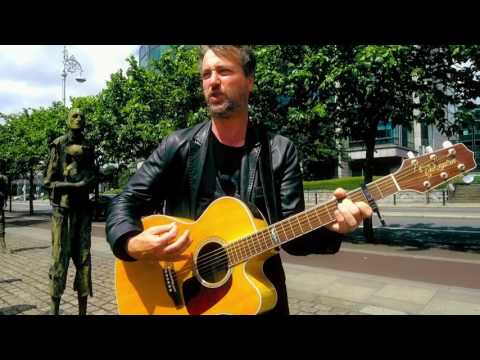 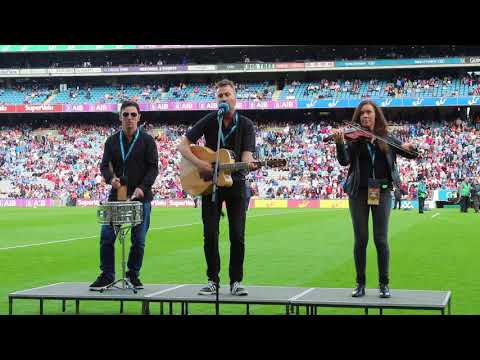 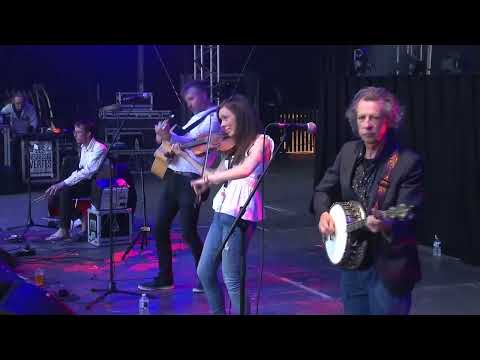 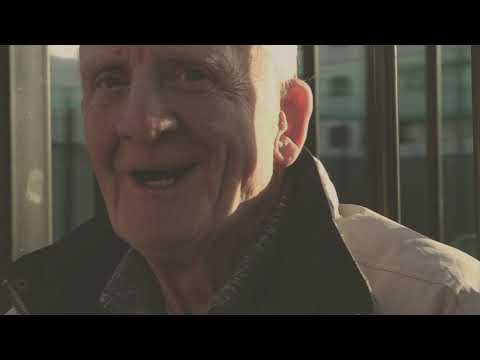