PRESS:
"the spread of guitar-based genres Boom Child can run through is impressive. You will rock out, experience an abrupt jazz breakdown without warning, and get whipped by some disco-funk," - Remy's Music Blog

“…to sum them up they are crazy, chaotic and fun. Go see them live if you get a chance.” – Outcast Magazine

BIO:
Boom Child are a chaotic rock trio from Dublin. Their music is an irreverent mix of punk, funk, and power pop.
Their theatrical live show involves audience participation and a dancing cow called Boomer.
They released their debut "The Super Edible EP" in June 2016 on the first 100% edible music format. The single and video "I WANT TO SHIFT YOUR SISTER" was released February 2018. 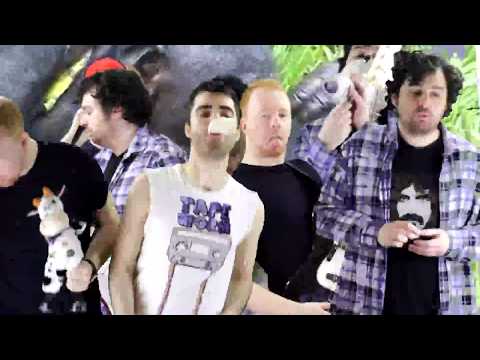