Launched originally as Colours Afrobeat Foundation; Boye (PapaGee) & Colours Afrobeat is Ireland’s Foremost multicultural band founded by Belgian/Nigerian born Boye Akerele and premiered at the Drogheda Arts Centre in 2005 and had a sold-Out house for the performance. With own original tunes; many years after the first performance and still waxing stronger than ever. The repertoire of songs are all original; culturally pro-active, consciously progressive in nature and the roots of the music is African.

Boye & Colours Afrobeat has shared the stage with the Grammy Award-winning American Hip-hop trio ‘Naughty by Nature’, the legendary Ghanaian guitarist, composer, arranger, bandleader and producer-Ebo-Taylor and in 2013 while launching the EP at the Sugar Club-Dublin that contained the popular radio station's favorite tune ‘Prayer For world Peace’, collaborated with musical director of Fela Kuti’s band Africa 70 and Co-Founder of the genre Afrobeat the legendary Tony Allen who also featured with the band in 2016 at the premiere of Feile Afro-Culture Summit 2016 at The Button Factory-Dublin; Fela Kuti was once quoted as saying that, “without Tony Allen, there would be no Afrobeat.”

Boye & Colours Afrobeat backed by Femi Kuti’s Positive force band, thrilled and wowed the Nigerian audiences with own original tunes at the 2013 Felabration in Lagos with over 15,000 attendees. The high octane groove creates such energy in the music that is guaranteed to get you dancing from the start to finish.

Boye's 2018 full album titled AK47 is out and ready for download at: 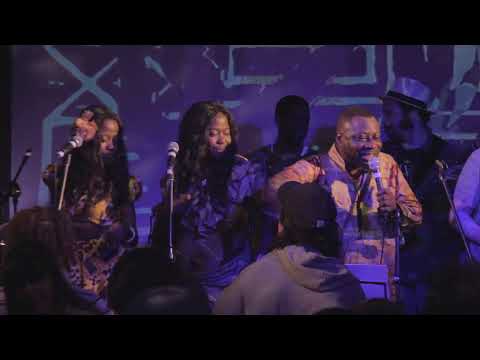