In addition to live performance his music is regularly played on community and regional radio and featured on television. He has recently opened for Paddy Casey, Frances Black, Mary Coughlan and Sharon Shannon. His debut album ‘I Am So’ released in 2012 garnered a wider audience for his original music, especially in Ireland, Italy and Holland where he continues to tour.

Duffy's second album of ten original compositions 'Something In A Melody' is scheduled for release on December 2nd, 2016. Produced by Donogh Hennessy, with Duffy's vocals/guitar and featuring Hennessy on guitars, Raphael Dziubinski/percussion, Laura Kerr/violin, Martin Brunsden/double bass, Teresa Horgan/backing vocals and Aldoc's Alan Doherty on Low Whistles for 'If I Smile At You' and 'You Win Again.'

Musical development came naturally and early for him; learning guitar and singing from a young age, he began performing traditional Irish and folk music from the tender age of 10 and has been immersed in music ever since. Taking his work abroad at age 17, he has traveled extensively throughout the world; playing music and absorbing different influences along the way. Having experienced some commercial success during five years based in northern Spain, he toured throughout Spain playing to cultural houses, town halls and theatres with his trad/folk trio ‘On The Level.’ The trio also appeared regularly on local television.

Returning to Westport in 2008 signalled a return to his Irish trad/folk roots and nurtured his evolution as a solo artist. Brian Duffy continues to perform both Irish Traditional music as well as his own original material. Duffy opens for Andy Irvine and Donal Lunny at Foxford Woollen Mills on December 3rd, 2016. 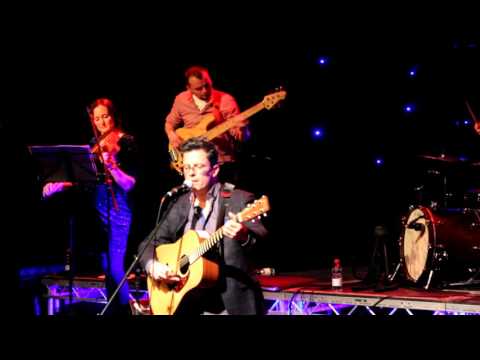