Having made her initial mark on Irish television with an appearance on "The Voice of Ireland" in 2014, Sarah began to showcase her unique sound leaving the audience both captivated & intrigued.

Continuing on to the live finals, Sarah gained high praise from Dolores O'Riordan (The Cranberries) citing her voice as "powerful yet vulnerable" adding "Sarah Sylvia will be successful regardless of what happens on the show".

Sarah continued to play shows extensively throughout Ireland, England & Germany hoping to find inspiration towards her sound. "Despite playing live constantly, I was still in a rut. I didn't know who I was or what I wanted to do & that's when I decided to take a break & moved to the United States. I began teaching piano & needed a new outlet for writing so I learned how to play the harp. Then all these songs started pouring out of me. It was amazing to feel that freedom, like I wasn't caged anymore & that's been the inspiration for this project. I've fallen in love with music all over again."

"St. Vincent" is the debut single from Cages, released on March 30th & is the first release from the upcoming EP "The Parting Gift". Since it's debut, the song has achieved radio airplay in both Ireland & the United States receiving positive reviews comparing Sarah's sound to that of Kate Bush & Evanescence.

Cages recently released an acoustic version of Chris Isaak's "Wicked Game" as gaeilge (Cluiche Gránna) on June 8th, 2018. Originally intended as a B-side for the "St. Vincent" single, "Cluiche Gránna" caught the attention of RTÉ's Raidió na Gaeltachta, TG4, & the Irish Daily mirror with the video garnering over five thousand views in the space of a week from the Irish Daily Mirrors social media page. 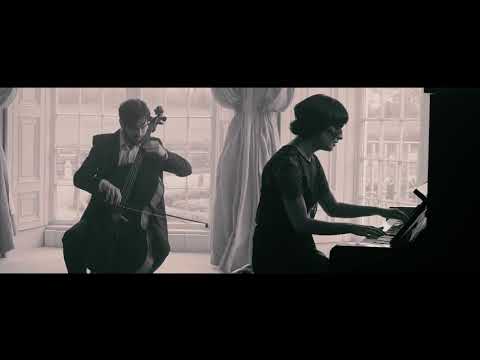