The band consists of Gerard McCann, Seosamh MacSiomoin, Dave Brady and Phil Crean.
Starting back in 2013, the band released their first EP "A Sober Sense Of Reality", receiving air time on BBC Radio and other Local stations across Ireland. Following the launch, the EP was toured across Ireland and the UK including a one off Show in London for British Airways.
After a short break the band then released their Self Titled EP "Car Chase City" in early 2016, which again was met with Radio play from BBC, with the EP Single "Something Good Will Happen" quickly being marked as BBC's Across The Lines Track Of The Day. A music video for the EP single was released alongside the EP Launch.
Building on the hype they quickly got to work on their next EP which was recorded with Steve Sears at Titan Studios to be released late 2016. The EP Single "Zero Gravity" was uploaded and got its debut on BBC Across The Line along with the launch of its Official Music Video on Youtube.

"A Sober Sense Of Reality’ is a release from a band who are finally beginning to find their feet. It’s bursting with attitude whist having an accessibility and sheen new fans will gravitate to. They’re a guitar band worth keeping an eye out for as they begin to build up a repertoire to fight their way to the top of the UK’s rock scene. Based on this early showing they can stand tall as one of Ireland’s premier pop-punk acts." - Chordblossom

"The task of being the last band to play in a competition such as this can be an onerous one, but if Car Chase City are feeling any pressure then they certainly don’t show it, with their energetic brand of pop punk with its heavy bottom end and equally heavy emphasis on harmony, especially in the three-part vocals. Each of the three frontmen switches easily between lead vocal duties, and their tightness and confidence shows that this most definitely ain’t their first prom dance. Their rowdy, cheeky rambunctiousness gets most of the bodies in the room moving in appreciation, and it’s a suitably high voltage end to the evening." - Planetmosh

"Last of all is pop/punk/alt rockers Car Chase City, featuring former Altus vocalist Dave Brady on guitar and shared vocal duties. Their music is difficult to pigeonhole: sort of pop punk for grownups, it’s a heady combination of punk and metal with the catchiness of pop thrown in for good measure. The result is toe-tapping and smile-inducing, but with a heavy dollop of heaviness. Their tightly packed set is ridiculously enjoyable both musically and visually – it’s obvious that the band themselves are having a ball – and ends the night on a very perky high note." - Chordblossom

"The night was kicked off in definitive style as special guests 'Car Chase City' took to the stage. The band's infectious enthusiasm and boundless energy acted as the perfect introduction to the evening, getting the audience on their feet almost immediately. Car Chase City's unique take on American styled punk rock was very clearly embraced by this more rock orientated from the off, a feeling encapsulated by their reaction after an audacious Green Day cover went down a storm. The brilliantly titled, 'Dude, Can I Borrow Your Straighteners?' flowed seamlessly, the bands energetic performance at times just as enticing as the music. Highlights of an uptempo set came during the Blink 182 styled 'Home', that had the band at their full frontal best, standing on amps, diving around the stage and headbanging as if their lives depended on it. As the song blasted along to it's distortion heavy conclusion, two members of the audience ran on stage and proceeded to hoist the lead singer and bassist in the air, triumphantly shirking any and all safety regulations in the name of rock and roll. It was the kind of reckless abandon and spontaneous optimism that only the Cellar Bar can produce and the audience were loving every second of it." - Encore N.I 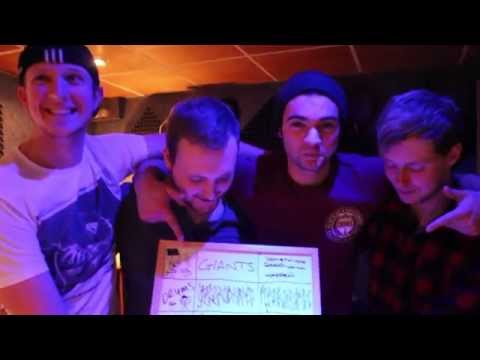 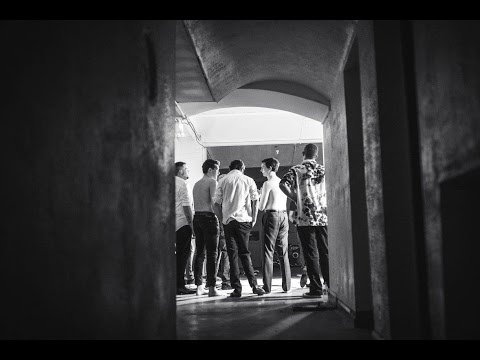