Cash Is King are a four piece rock/indie/electronic group with members hailing from Dublin, Kildare, Wicklow and Kilkenny. Currently based in the capital, the group formed in 2012, with a view to composing and performing memorable tunes that you'll want to sing and dance to. Prior to Cash Is King, each member had been active in the music scene, be it in media, playing in various bands or as teachers of the art.

Cash Is King's sound can only be described as their own with elements of many genres from electro to funk to good old rock n' roll to be heard in their music.

Signed to Yobroe Music Management, the group are currently preparing for their debut release and testing the material out in various venues across the capital and country, all the while building a steady fanbase. Their debut single, 'City Lights', was recorded in November 2012 and released in February 2013. The single was well received by radio stations, being hailed as single of the week on Radio Nova & 4FM.

Keep an eye on the gig listings for upcoming events or visit the band's official website for more information. The bank of 'Cash Is King' is now open... 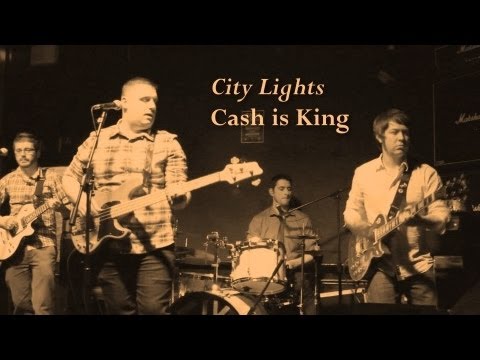