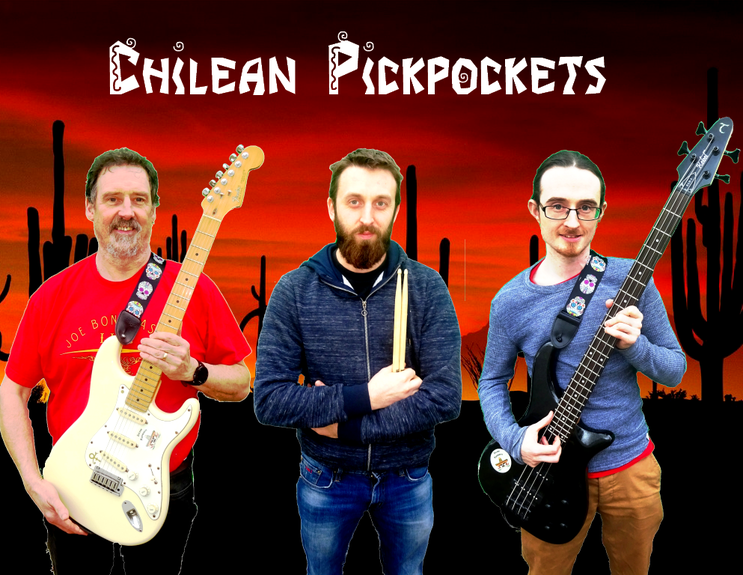 Chilean Pickpockets are 3 piece Alternative Rock and Blues band formed in the spring of 2108. The group are comprised of Aidan Casey (ex That Little Bit Less and Sgt. Major) Bass Guitar and Lead Vocals. Johnny Casey (ex Fair Exchange, Malpractice and Darren Holden Band) Guitars and Lead Vocals and Stephen Fennessy (Ex Sgt Major and That Little Bit Less) Drums and Percussion.
During 2018 the band performed at a number of Festivals in the South East, including Clonmel Busking Festival (Headline Act Saturday night) and Chicken Stock (Headline Act Indoor Stage) as well as also playing around the South East. In September the band performed a couple of gigs in The Algarve in Portugal. Chilean Pickpockets play a mix of original materiel and classic rock covers and they released their début single (a live cover of the Credence Clearwater Revival classic "Fortunate Son" on the 1st December 2018 and are currently in the studio writing and recording their debut album, which will be released later this year.
On Friday April 5th 2019 the band released their first single from the forthcoming album. The song is called "Wish Your Little Heart Away" and was written by the Bass Player, Aidan Casey. In the first 4 weeks alone the song was streamed over 2,000 times on Spotify
The band released the second single from their forthcoming album on Friday 14th June. Once again penned by Bass Guitarist, Aidan Casey, the song is titled "Trapped In Amber" and is available on iTunes, Google Play, Spotify and a host of other digital platforms. The song entered the iTunes Alternative Music Chart at N0 10 and by the evening of the same day it reached No 6. That evening they performed a one off gig in Morans Bar Clonmel, where they were given a great reception from a huge crowd. This gig also marked the official launch of their "Fortunate Son" EP CD
On the 6th December 2019 the band released their début album titled "Light The Road Back Home" The album entered the iTunes Alternative Music Al;bum Charts straight in at No 1. and reached No 10 on the regular iTunes Album Charts. The band will be touring to promote the album in early 2020
Here’s a link to an online review of the album
https://www.tipperarylive.ie/news/home/504231/tipperary-rock-band-reaches-number-one-in-the-charts-with-debut-album.html#.XgkeiWN8cOk.whatsapp 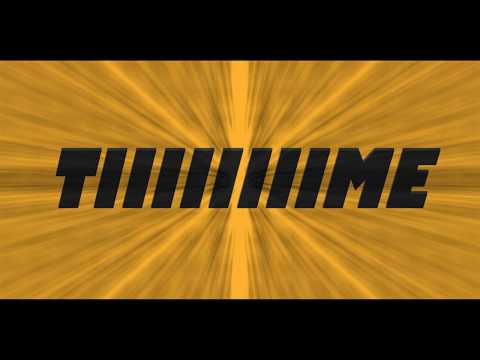 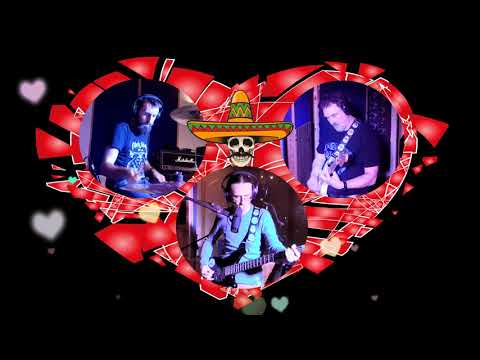 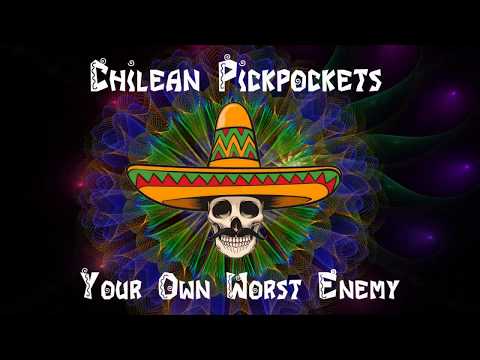