2017 was when it officially started for Inner City Singer Songwriter Ciarán Moran as a Solo Artist & Performer, Gathering praise from Irish Pioneers such as Christy Moore, Damien Dempsey, Christy Dignam, Finbar Furey, and many more!

From the North Inner City of Dublin, The Moran Family were No Strangers to the Irish Music Scene, From the age of Five, Ciarán Moran was one of Hundreds who stood and watched his older brother Keith, perform and lead the the young Irish Sensations No Angels D.C to Success throughout Ireland and the UK.

At the age of thirteen, Moran had a different interest to most of the youth growing up in the North Inner City of Dublin, He was tutored & guided by the creative minds of Colm Querney (BIMM) & Christy Moore as he was finding his musical feet. Christy Moore praised Moran’s ability to write lyrics about community issues at such a young age.

After several spells in bands and experiencing life as a teenager, 2017 was when Ciarán seeked the confidence to perform as a Solo Artist he once had as a thirteen year old and made an entrance into the jam-packed talented Music Scene in Ireland. He built a loyal fan-base throughout the country and beyond, gathering the approval from audiences in Venues such as The Olympia Theatre (Dublin), Vicar Street (Dublin), The Academy Main Stage (Dublin) Electric Picnic (Body & Soul) just to name a few.

Since his steady entrance into the Irish Scene, acts in which Moran had gained attention from and had the experience to Support and Share the stage with include Touring with Damien Dempsey & Aslan, Maverick Sabre, Jamie Webster (UK), Bagatelle, Brian Kennedy, The Kondoors (UK) just to name a few!

2018 was the release of his single Mother , A lyrically driven track telling the story of a young boy telling the tales of his Mother experiencing Domestic Violence. Moran was invited to perform the song at several Refuge centres around the country, along with an intimate performance for Irish President Michael D. Higgins.
Soon after the release of Mother, Follow Your Soul (2018) was released. Follow Your Soul was another track that pinched his Audience’ Emotions. A song questioning the after life of a rough sleeper in Ireland. Follow Your Soul was another re-assurance for Moran’s writing once released. This led to
April 2019, His Debut Headline Show announced in The Underground Music Venue in Dublin, a Sold Out Event with crowds ushering their way into the Historic venue on Dame Street. Lending their voices to join the Dubliner through the choruses and melodies of his songs. An event that screamed Community and Togetherness.

It was March 2020 when Moran received guaranteed approval from the Irish Media, Hotpress Magazine premiered the release of Moran’s latest single “Falling Down” Stuart Clarke of Hotpress quoted “He pens a mean chorus, which is attracting rapidly increasing amounts of airplay, We’re definitely going to be hearing a lot more of Ciaran Moran”.

Moving forward after several support gigs and performances in the country on the back of his single Falling down. It was December 23rd 2019 in the Iconic Vicar Street, Ciaran Moran opens the show in a Sold Out Vicar Street before Damien Dempsey, receiving praise from both the audience and high profile figures in attendance including Finbar Furey, Smiley Bolger, and many more just before the World hit a stop with a Global Pandemic.

Whats next for the Dublin intuitive songwriter, A New EP (Life Inner City) , Stamped by Moran as his first official release and proudest project to date. 2022 is when the project is released, Recorded and Produced at Jealoustown Studios by well known Irish Producer Stuart Gray (Aslan, Royseven, Don Baker, Gavin James & Many More).
In many ways, the project shows the maturity of Moran’s writing and melodies and gives an insight to life of those growing up in a disadvantaged community in the North Inner City of Dublin. It also compliments the songwriters ability to write and arrange songs in different styles and shows how he doesn't limit his style into one particular genre, he transcends any genre of music and lends us the confidence that He is simply just himself.
He finally states on his Journey “This is for the people, Its for the forgotten souls, The Residents throughout council estate’s and disadvantage communities, The man or woman scraping their last penny trying to survive, Its for Us, Us who have nothing, but have it all”

There’s real Fire in this Kid, He’s not afraid to write about topics some would not speak about”
Glen Hansard

“He writes powerful songs, Songs that deserve to be heard, about subjects that very few will write or sing about”
Christy Moore

“You cant ignore the fact that Moran has a Knack for transcending the void between storyteller and listener, Especially when it comes to explaining personal matters”
Recless Reviews 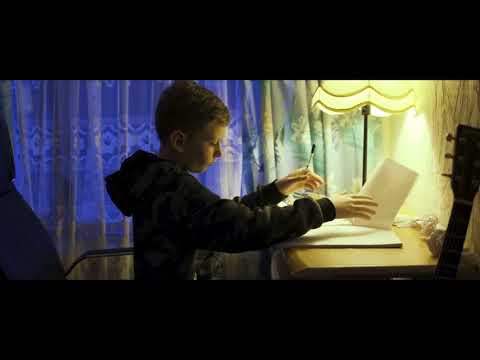 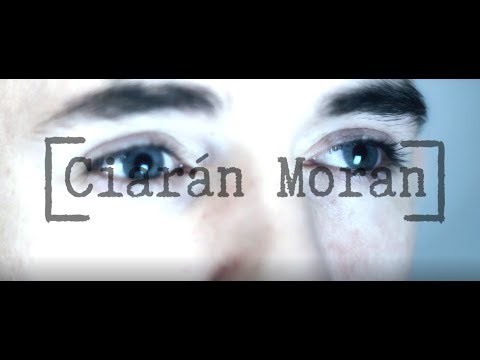 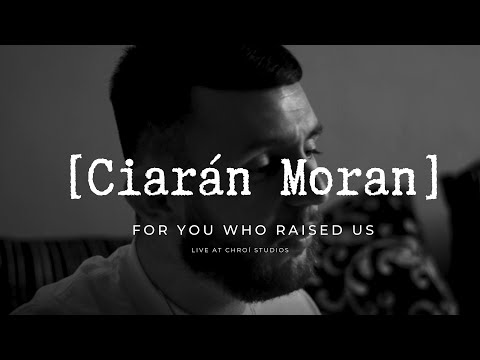