Sean Molloy’s brother brought home a stereo and some 80’s rock one day. Sean Liked what he heard and decided was going to become a skin beater. Influenced by the Seattle grunge movement he got to playing in bands. Over the next few years he shared the stage with a variety of local musicians all the while co-writing and arranging original material for SomaState. Following crazy good reviews of their self-titled album he skipped the lake and pacified a lifelong dream of touring the United States.
Sean makes a cup of tea so beautiful it could bring kings to their knees.

At fourteen years of age Conor Croke started shredding the six string. Like most newbie’s to music he started jamming in a drummer’s shed. Turns out said drummer would become Circus of Seven’s future cymbal basher. Out of that shed came both LiveWire and Beeker who gigged extensively in Ireland and supported big name acts. Eventually Beeker became SomaState who would go on to record an awesome self titled album and tour the U.S. with violent fervour.
Conor has recently sired a son who is already a top class drummer.

Before Eamonn O’Neill learned to sing he was lead singer of the band Fire kills Children. Like most sixteen year olds he decided he would worry about it later down the line. By eighteen he was recruited to Ephemera and went on to front the post punk group Last Action Heroes a couple of years later. Eamonn is on permanent hiatus from the pioneers of right-laugh core Fly and the Hotrocks and jams when he can with Fred’s Got Slacks. He’s played around Ireland but is bitterly jealous of his current band mates who have toured the states. When Eamonn’s not singing you can find him drinking or playing Street Fighter.
Sometimes both. 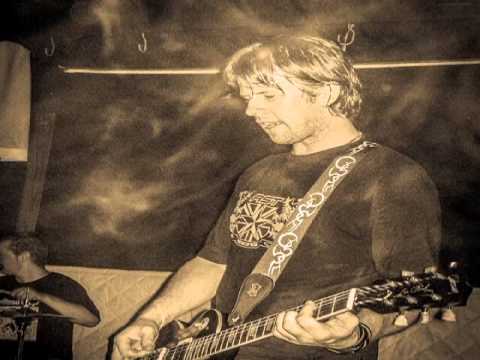