The Bluestack Mountains that dominate the Donegal landscape of Dean Maywoods home run just like the music that went on ships to the new land across the Atlantic and rose again as the Appalachians (it’s a geological fact, you can check!). We are made of the same bedrock both figuratively and literally. That Bluegrass, Roots, Americana, Country sound that came down from the Appalachians came from our own Ulster before that, now Maywood is taking it back. Maywood’s sound falls somewhere mid-Atlantic, a sort of Bluestack-Appalachian if you will. Think, John Prine channelled through Christy Moore. Not reinventing the wheel more, respoking it.

Hot Press Magazine described Maywoods debut single, ‘Oileán Na Marbh’ as “…an absorbing listen” and “…a heart breaking, hushed hymn, full of passion and pathos”. Those few words not only beautifully describe ‘Oileán Na Marbh’ but could easily be used as an all-encompassing summary of Maywood’s music. Maywood’s music deals in the narratives of the everyman, stories we all know; love, loss, isolation, joy, fear, desperation and of course the universal musical Rosetta stone… heart ache.

Born in Drogheda County Louth to a seamstress mother and a gigging musician father he spent his early years in Monaghan Town later moving to the small market town of Raphoe in County Donegal, swapping one terrace house for another. This coupled with summers spent with his grandparents in Dublin resulted in Maywood always being the kid with ‘the accent’ never quite one of the locals one reason for a sense of longing in his writing.

As a child his father would return from weeks gigging the length and breadth of Ireland, England and Scotland with gifts more often than not in the form of CDs and tape cassettes featuring bands like The Eagles, Queen and Thin Lizzy. These rock artists mixed with his mother’s LP collection of Dr. Hook, Fleetwood Mac, Nancy Griffith and Dwight Yokham serve as the touchstone of his music today.

Today, drawing from this spring of vintage 70s golden era, rock, pop and country Maywood, distils it down to the common theme they all hold, simple beautiful melody and lyrics with heart. Less is more in that respect, artists like Neil Young, and the Great American Songwriter John Prine are his living heroes. Like Prine, he tries to find beauty in the mundane, the stories of those very people from his own small town, trying to make you smile and cry from one verse to the next and always trying to be - if not original, then authentic, especially when it comes to emotion.

Currently refining his sound and recording material for his debut album as well as paying his dues in bars and clubs gaining a little headway as he does, playing support for ‘Goats Don’t Shave’ at two sold out theatre shows and one for ‘The 4 Of Us’. This summer he appeared in the Leitrim and Galway Fringe Festivals as well as playing support to 'Phil Coulter' and 'Jason Wilber'. Live is where he really shines, having been a singer in a rock band for almost six years he knows how to handle an audience and in the same breath draw them in with his emotive performance, empathetic prose, tactful delivery and haunting storytelling.

You can catch him playing at The Crow Club in Dublin this coming November. If not, you may just see him on the road paying those dues! 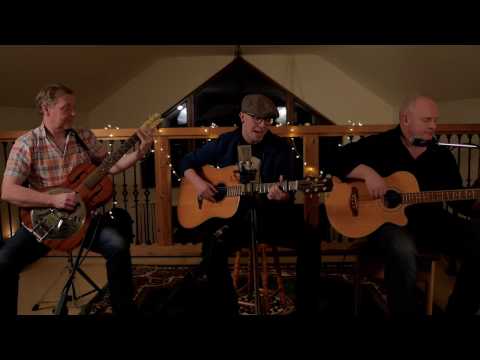