Dimitry Datus are an alternative band from Cork City, Ireland who’s sound has been shaped by the indie/rock bass-driven bands of the late 80’s & early 90’s mixed with some more unexpected genres like Ska, Blues, and touches of Folk.

Originally a 3 piece live act comprised of Aidan (Vocals & Bass), Steve (Drums), and Dave (Guitar), the band have more recently turned their attention to recording. A newer more diverse sound is currently being crafted with the recent addition of local vocalist Christine and French Trumpeter Matthew.

The song's lyrics reflect the life of past and modern Ireland, with themes as diverse as the historic battle of ‘1601’, to the dark political satire of ‘I’m on tonight with Vincent Browne’ (currently in production). The pairing of these with what has been described as catchy, upbeat and head-shaking music makes for a uniquely Irish offering.

Following from the successful release of the EP ‘Sound’ and recent single ‘Hope I’m Going Mad’ These newer songs are scheduled for release in early 2015.

“The staccato, off-beat power chords of the opening seconds of Sound, the debut EP by Cork trio Dimitry Datus offer a welcome break from mainstream polish and the dreamy, layered electronica so in vogue currently” - Keith Watterson, The Cork News

“The ace in the pack of this five-track EP isThe Brave, a melodic rocker that could be the tune that garners attention from the music industry. Lyrically it's searching and indicates a cohesive unit who can really play - like a more aggressive Snow Patrol with personality.” - Robert McNamara, The Sound Out

“Lead singer Aidan has a distinctive vocal that is unmistakably Cork, in the tradition of the Sultans and the Franks. This release however has more than regional appeal and Dimitry Datus have released an EP of promise and maturity that shows a band with a good grasp of what ties together a good song.“ Niall Healy – MRU Magazine 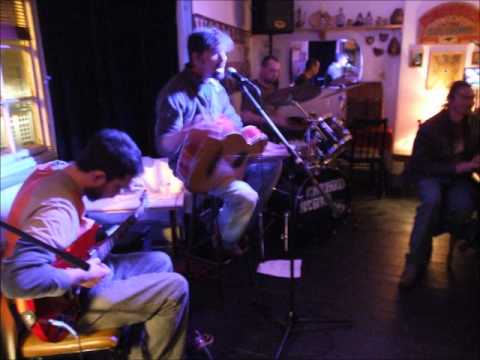