Everything is made in China (EIMIC) is an English-singing indie band from Moscow, Russia. In 2006 EIMIC releases EP and shortly after their tracks appeared in the Internet the band gained Russian indie-fans attention. After that all gigs in Moscow and St.Petersburgh are fully packed. At the moment EIMIC is one of the leading Russian bands.
During Summertime 2007 EIMIC records their first album called "4" on Chemical Sound Studio (Toronto, Canada). Due to band's serious approach to their music and sound quality in Summer 2008 EIMIC is invited to perform on the Heineken Open'er Festival in Poland (biggest in eastern Europe). EIMIC performs a successful gig on the 5000 Tent stage along with such artists like Cocorosie and Sex Pistols.
During 2 years of touring with the album "4" the band played lots of gigs in Russia, Baltic countries, Poland and Finland. In May 2008 "4" is released in Japan.
After several gigs in Finland "Live Nation" company books EIMIC to perform at the IlosaariRock Festival in 2009.
Summer 2009 - EIMIC records their second album again with Dean Marino at "Chemical Sound" in Toronto. "Automatic Movements" released 28th of November. Successful tours in Russia and Poland proves EIMIC high position in indie music sphere of these countries.
In June and July 2010 EIMIC performed at Be2gether, Positivus Festivals, Transmusicales, Summer in the City. In 2011 at Barents Spektakel and EXIT festivals.
March 2012 - EIMIC records a new single called “Parade” with John McEntire.
In May 2012 the band releases a new vivid video “Brittle Crystal” that gained wide popularity among music videos fan.
All the EIMIC gigs are sound+vision experience for the audience. Music is always accompanied by video art and synchronized to the music, all visual part is created by the band’s long-term collaborator Ilya Kolesnikov 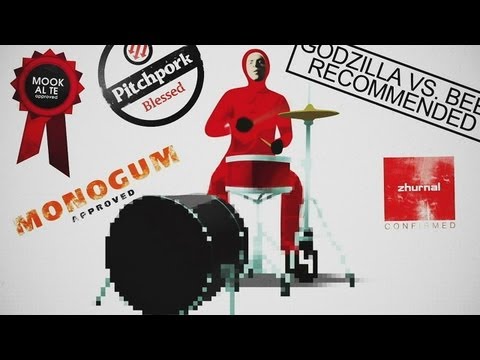