Elder Druid are a 5-piece sludge/doom band formed in early 2015 in Ballymena, Northern Ireland. Five lovers of heavy riffs and molten fuzz came together to add their stamp to the world of stoner rock and doom metal and with heavy influences from Black Sabbath, Electric Wizard, Kyuss and Sleep, the riffs began to take shape and all the elements started to fuse.

With two guitarists, Jake Wallace on lead and Mikey Scott on rhythm, a wall of sound is generated from the slow, rhythmic riffs. The coarse vocals of Gregg McDowell are gutteral warcries with enchanting, occult lyrics to tell the stories of warlocks and wizards. The low end is also ferocious with Dale Hughes providing a deep level of twang which lays the foundations to the riffs, complementing the reserved sense of calm from Brien 'Grizz' Gillen delivering a very soft but heavy canvas to the songs.

In August 2015, Elder Druid released two songs recorded live in the Loft, Belfast. 'Otherworld' and 'The Ides of March' kicked off their song writing process. In late 2015, after a lot more time writing music, Elder Druid recorded a live EP at Attic Studios in Belfast comprising of 3 tracks: 'Sellsword', 'The Warlock' and 'Reigning Hell' and released them as live music videos as well as on Bandcamp. The band chose a live performance to try and capture the raw energy.

After gigging through the summer of 2016 across Northern Ireland, the band went into the studio with Andy Shields (Hornets) and recorded a 5-track EP entitled ‘Magicka’. After being picked up by Jon Davis from Conan, it was released digitally on all major platforms on October 15th 2016 on Black Bow Records.

The band played their first show outside the country in Whelan's (Dublin) at the end of September as part of The Mother Fuzzers Ball at Canalaphonic Festival 2016. They supported acclaimed Irish legends Ten Ton Slug & Two Tales of Woe and received a stunning reception for their debut gig in the south.

Towards the end of 2016 the band continued gigging around Northern Ireland and in early 2017 announced more shows across Ireland and the UK. They were finalists in the Bulleit Bourbon Battle of the Bands in Belfast, as well as finalists in the Bloodstock Metal 2 The Masses competition. In May 2017 they played the album launch for Hornets' 'Witch Hunt' alongside doom legends Slomatics and 7.5 Tonnes of Beard.

They announced a 3-day mini UK tour including shows in Sheffield, Mansfield and Camden with bands such as The Riven, Ten Ton Slug, Witch Tripper & Voodoo Blood in July.

The band went into the studio in late August with Niall Doran of Start Together Studios, Belfast and recorded their debut full-length album 'Carmina Satanae' consisting of 8 of their heaviest tracks to date. Following the recording, the band opened the inaugural Emerald Haze Festival in Dublin, playing on The Obelisk stage as well as supporting Zlatanera & King Witch in Belfast that same weekend.

The band have a number of shows left for the remainder of 2017 including supporting Clonmel's zhOra on their album tour on Sat 28th October and playing the Siege of Limerick on Sunday 29th October with acts such as Two Tales of Woe, zhOra, Kurokuma & Orange Goblin.

On December 10th the band play Ghoulstock 2017 in Belfast supporting Weed Priest, The Crawling and Nomadic Rituals and on December 2nd they travel to United in Fuzz Fest II in Warsop to play with Morass of Molasses, Ironrat and Cybernetic Witchcult to name a few.

"For those who need a proper introduction, Elder Druid is a delightful blend of sludgy stoner metal out of the beautiful land of Ireland. With both a funky and gritty progression, Elder Druid dive into a world of fantasy and the occult. While the band has finished writing a large majority of the songs for the new release, it’s absolutely worth checking out last year’s EP Magicka. Tracks like “The Ides of March” and “The Warlock” flow with a psychedelic spin that washes over the listener with a hypnotic bliss. Treats like “Reigning Hell” take a step back from that funky fuzz, and play to more aggressive tones of hard punching drum beats and guitar riffs. What you get throughout Magicka is that weird psychedelic ride that keeps the sludgy and haze heavy riffs fresh from start to finish."
- Metal Injection

"Lifted from the band’s latest EP, Magicka, the band have unveiled the video to their pulverizing new single, ‘Rogue Mystic’. Featuring suitably warped, arcane archive imagery courtesy of Gryphus Visuals, the six-minute effort conjures the fuzzed-out, hazy heft of everyone from Down at their most vengeful, Come My Fanatics-era Wizard, hints of very early Melvins and – in its strutting outro – Kyuss circa Wretch. More of the same, please."
- The Thin Air

"You have Sleep, you have Bong Cauldron, you have Pallbearer and then you have Elder Druid"
- Simon Hall (Bloodstock)

"Magicka" is a superb EP both for new listeners and those already familiar with Elder Druid's excellent mix of riff heavy sludge and doom. The bands selection of Andy Shields as producer/mixer/engineer has paid off in spades, the Hornets man has reinvigorated the bands sound, sanding off some of their rougher edges and polishing them until they gleam but doing so without losing any of the bands feral intensity and attack, a match made in Heaven (or should that be Hell)"
- Desert Psychlist

"The first track on the EP is Rogue Mystic and this sets the scene nicely for what is to come. This gives Black Sabbath a run for their money in the doom stakes with Elder Druid arguably winning by a hairs breadth. As we move through the remainder of the tracks it is clear Elder Druid have “got” what this doom genre is all about and exploit it to the full."
- PlanetMosh

"Few bands get a visceral reaction out of me, you know the kind that makes a grown man want to embarrass himself by yelling in public spaces. If you don’t know this Belfast five-piece, this EP should put some fire in yer belly and green in your blood. A very promising start from a young band that clearly is serious about shaping its craft."
- Doomed & Stoned

"The simmering paces provide a plodding approach to much of the music itself while the aggro-tinged vocals exude the same intensity of the music itself, a bit of a bluesy nod in the music is always detectable as well. That adds a noticeable earthiness and low end to the smouldering grooves and the grittier aspects of everything contained in “Magicka“, a most ultra-solid outing from the lads in Elder Druid."
- Metal Nexus

"These guys have tickled me pink; purely out of the aspect of being so damn unique in their sound a.k.a darklord given noise. Rhythm and Lead guitars have patience and timing on their side, never looking to interrupt each other's jamming quality, a polite dance of two distinctive strains blended together."
- The Headbanger's Haven

"If you haven't acquainted yourself with Elder Druid then this is the best possible time as 'Magicka' will leave you in a deep hypnotic trance. Elder Druid are perhaps one of the best upcoming bands to emerge from the Doom/Sludge/Stoner Metal scene in 2016. If this is classed as their debut EP then I can't wait to hear their full length record."
- Outlaws of the Sun

"It doesn’t take a genius to work out who Elder Druid are influenced by. Heavy classic Sabbath riffage with a heavy Sleep/High on Fire touch and a little bit of psychedelia around the edges to create a thick enjoyable sound for the ears. Mentally altered or not, you’re in for a fantastic time when you put on Magicka and stare at the spliff smoking demon dude on the cover"
-Toilet ov Hell

"Ballymena quintet Elder Druid deliver the kind of fuzzed-out stoner-edged doom that is steeped up to its neck in the tradition of Sabbath and Pentagram, combined with the modern psyche sensibilities of Electric Wizard and Kadavar, via the desert plains of Kyuss. Their dense, smoky bass riffs sound like they have been drawn from the darkest depths of a County Antrim peat bog combine with winding guitar melodies which evoke the spirit of a more acid-duelled, less-PC age!"
- UberRock 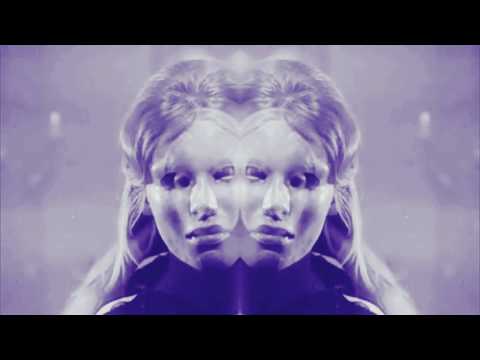 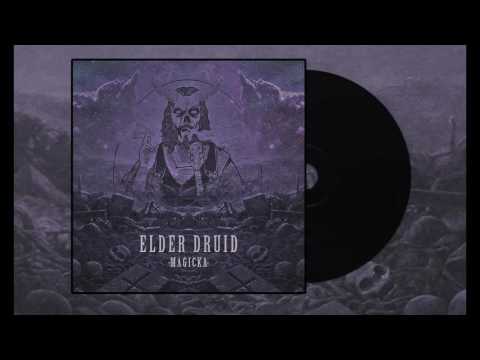 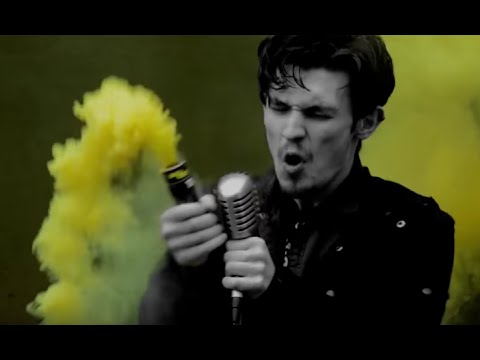 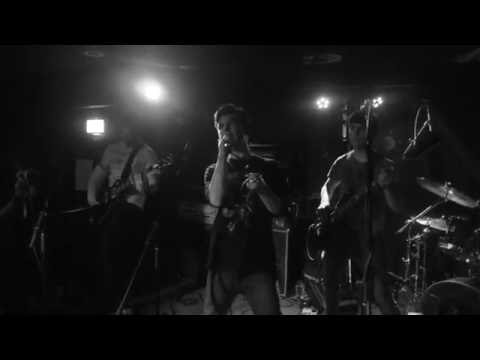 Rogue Mystic
The Ides of March
The Warlock
Scarab