Dubliner Laura Keane is better-known to many as ELKAE - the electronic soul/funk pop artist, songwriter & producer Hot Press Magazine called her ‘an exciting new force in Irish music scene’ after she sold out her MCD headline show at Whelan’s. She gained the attention of Ireland’s music media after a successful festival circuit in 2019, playing Electric Picnic, Other Voices, Indiependence, Bloom & We’ve Only Just Begun. ELKAE tells stories through her songs and gives an insight to the life of a queer female in Dublin city!

Hotpress:
Electro-soul artist ELKAE is an exciting new force in Irish music. With timeless vocals and killer beats, this funky singer/producer has headlined the Sound House and made it to Spotify’s ‘A Breath Of Fresh Éire’ playlist. And with only two singles out so far – 2018’s ‘Sold’ and the recent ‘I Feel’ – she’s just getting started.

Nialler9-
‘Sold’ is the debut single from new electronic soul project ELKAE. Written and performed by Laura Keane, ‘Sold’ is absolutely fantastic. There’s a gorgeous influence of late 70s disco, heard best in the harmonies and rhythms of the chorus section. The verses bring in a more contemporary sense of pop music. Keane’s vocal delivery is precise and fluid. No surprise considering her musical education in BIMM.

Cheers to the Vikings
The Irish artist ELKAE shared with us a song titled “Cause I Was Busy Working” and is one of the most beautiful and charming songs that we have ever heard. We're always focusing on the songs that we discover on our site that the artist’s performance should professional and fully compatible and harmonies with the melodies and tones of the record, but today ELKAE left us in a big shock with the talent that she have, Her voice is a piece of heaven and her performance is more than professional and it’s very unique, that’s why she hooked us immediately without giving us any chance to think or say something. The lyrics are very unique and so original, written and chosen well. The production is very professional. After our first listen, we felt how ELKAE loves what she is doing and we knew that she is one of the few and rare artists that can show you the true meaning of making music.
Remy- Dublin act ELKAE has been quietly making ripples in the Irish scene in the run up to debut single 'Sold'. If you like, disco, funk, pop, soul and / or all of them mixed together, you should love ELKAE's sound. 'Sold' delivers the feel-good in spades, it's smooth, cheery and suave all at once. She could blow up in 2019.

When The Horn Blows
There’s a real sense of uplifting solidarity in the soulful layered hook as ELKAE navigates through despondency, to soar above the shackles that society places on us with startling clarity. A moving track showing abundant power and presence.

The Last Mixed Tape:
Set to a hazy, sun-soaked backdrop the vivid electro-soul sound of ‘I Feel’ makes for a compelling return from Elkae that finds her delving further into the lush pop sounds that shaped her previous offerings.
With a vibrant interplay of hooks, moving synth-pop parts and lyrics that convey the myriad of emotions that characterise a summer romance, Elkae’s ‘I Feel’ sets a lasting impression through multi-layered music that flows from beginning to end.

Oiche: SOLD is a testament to how far Laura Keane has come as a musician, and for Elkae to have established what is her own unique sound for this debut single. We believe it’s only a tantalising glimpse at what is to come for a promising artist and her career in music.

Played frequently on BBC/BBC Introducing in 2021

Signed with West One Music Group 2021 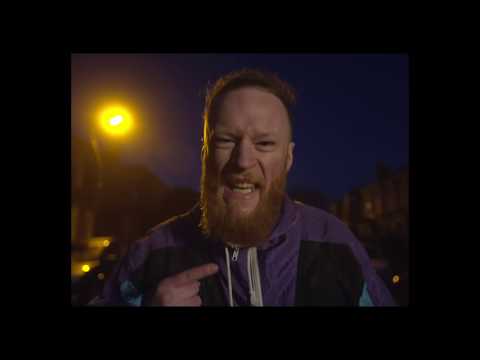 Distraction
White Dress
Cause I Was Busy Working
Signal