"Tightly-constructed Indie pop... Can they step up to the plate? The anthemic 'I want to be (Save Me)' would suggest so" - Hot Press magazine

Fallings are a 4 piece Indie pop/folk/rock band from County Kerry, based in London. Having performed as a cover band for a number of years the band decided it was time for a change and finally began playing as a full original band in the Summer 2013.
Fallings first took to Europe, performing for two months in Bulgaria and stopping off throughout the continent on the way home to share their music to as many people as possible.
Upon returning home to Ireland, Fallings have performed major slots in some of the Nations leading venues and festivals such as Whelans Dublin, Monroes Galway, Dolans Limerick, Indie Week Canada, The Rose of Tralee International Festival, Indie Week Ireland.
The band has supported some of Ireland's top acts such as The Riptide Movement, Royseven, The O.R.B, Delorentos, The Coronas among many others.
Fallings are on many peoples lips, being featured in many magazine, newspaper and radio stations - such as iRadio and Flirt FM - "One's To Watch for 2014" lists, as well as featuring in Hot Press magazines "Big Break".

Fallings are scheduled to release their eagerly awaited debut EP in 2014. 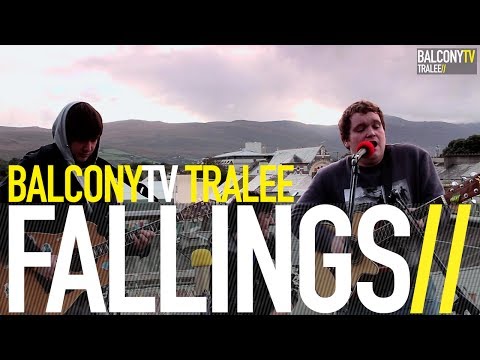