Alternative // Julianstown, Meath // She / Her

"Farah Elle is a fascinating character. It feels like she’s been around the Irish music scene for years, and yet it’s mostly been in a live capacity: her popular stage shows have been accompanied by relatively little recorded music, leaving a hungry audience waiting to tap into what is yet to arrive."
- Dublin Gazette, June 2022

"Farah Elle is one of the most interesting and engaging voices out there right now. Her voice is strong and sweet at the same time. Her songs are powerful and emotional."
- College Tribune

"One of Ireland's most promising talents."
- Hot Press Magazine

Across Farah Elle’s childhood, music was a sanctuary. It gave her a vocabulary to process various life happenings from the impact of her incredible family history in Libya to universal experiences intrinsic with becoming a fearless young woman in modern society. Everything that shaped who Farah is as a person today is masterfully reflected in her artistry and documented on FATIMA, her long-awaited debut record due in autumn 2022.

Farah’s devotion to music developed at an early age. Watching her older siblings playing together, she was inspired to pick up a guitar and experiment unselfconsciously. Soon after, she penned poetry, singing her words to a piano accompaniment. These moments of self-taught musical expression were hugely cathartic for her. Sitting at the piano gave Farah a space to examine pivotal moments in her life with an unfiltered defiance across her delivery: “I do this to remove it from my bones,” she sings on lead single ‘Play It By Ear’.

When Farah was eighteen months old her family relocated to Ireland, leaving their home in Libya behind. Despite the geographical distance, her ancestral connections to Libya’s historically fraught political landscape lingered over her adolescent years in Ireland. Farah’s grandfather was a court martial judge until 1969, while her mother served as the first female Minister for Health for the provisional government after the Libyan Revolution in 2011, during which time Farah was doing her Leaving Cert in Ireland. Her paternal grandmother spent years of her youth in Italian concentration camps during the Italian occupation of Libya. These drastically different positions demonstrate a remarkable contrast between power and defeat in her lineage. These extraordinary ties to Libya often caused internal conflict and confusion in how she should embrace her heritage.

Through songwriting, Farah explored the effects of her unconventional upbringing. Themes of displacement in the period post-Libyan Revolution coexist with songs navigating the challenges of adulthood. These issues are eloquently articulated across FATIMA, the culmination of close to a decade's worth of songwriting. On her debut album, the North African-Irish artist’s powerful cadence is a commanding force amongst the instantly captivating cinematic soundscapes. Reflecting on her debut, Farah describes this introduction as a “coming of age record”, one across which she hears herself “unfolding in the songs”.

Farah attended BIMM Institute Dublin, graduating in 2016. There, she honed her craft and began writing material that would feature on her inaugural release. ‘Silk’, the album’s opening track, was written when Farah was only 19 years-old; two years after the Libyan Revolution. The recording of that song, in particular, marked a monumental milestone for her artistic expression. It was the first time she weaved traditional Arabic melodies into the overall tapestry of her music. With FATIMA, Farah Elle has melded her combined North African and Irish heritage to create a sound that is thoroughly contemporary and completely her own.

To date, Farah has played numerous prestigious venues and festivals in Ireland including Vicar Street, The Sugar Club, Electric Picnic, and All Together Now. In November 2021, Farah collaborated with renowned Irish folk musician Liam Ó Maonlaí for a performance commissioned specially for the RTÉ Radio 1 Folk Awards. As well as working as an artist, Farah dedicates time to humanitarian aid work and working with young people from ethnic minorities on creative expression through music. She also gives music and wellness workshops to people of all ages and backgrounds. 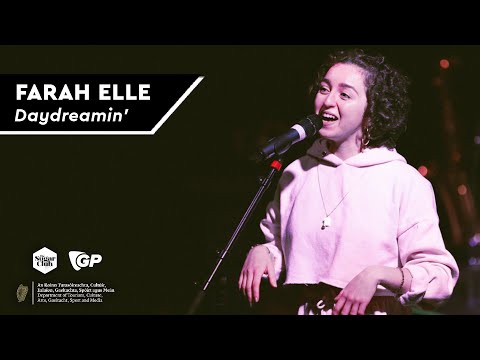 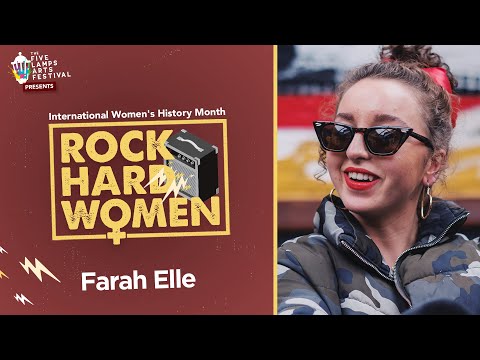