Foreign Owl comprises three young souls born EXACTLY at the stroke of 3 bells, born PRECISELY on the land border between Japan and Ireland. 3 o'clock normally being too late or too early for anything you really want to do, they set sail on a purplish, pirate ship to peruse the playful puddles of sound and vision that surrounded them. Their ship is of course Coil-Spring powered and rightly nameless. Condemned to the quest of capturing the great white whale of Universal Play with homemade harpoon, they remain eager in their endeavours." For thrill seekers and others of Derring Do", reads their locally placed advert for crew and able-bodied sea beasts. In their free time they also make music, films and festivities for the enjoyment of themselves, others and an Owl

Being known as one of Derry City’s most treasured local bands, Foreign Owl have managed to retain a strong cult following for their odd and peculiar brand of experimental indie rock. Consisting of Eoghan Donegan and brothers Micheal and Ciaran McCay, the group formed in 2016 after meeting at a Taiko drumming class, leading to the three collaborating and writing their own original material.

The group maintain a D.I.Y. approach with the band, creating handmade merch and self-releasing their first four singles to acclaim from BBC Radio Ulster, The Thin Air and REMY. Most recently, the band have put out their latest release “Flawed” digitally, a highlight of their energetically tight and immersive live show. Previously having only been recorded for a live session with BBC Music Introducing, the single was produced by the band themselves, experimenting with textures of rhythm and structure to finalise this epic anthem used as a crowd-pleasing closer.

Since their inception, Foreign Owl have toured extensively spreading the message of their music, with a national tour of Japan done shortly after their first single “Like A Beast”, along with dates in Ireland supporting fellow locals TOUTS and festival appearances at Stendhal and Swell Festival. 2019 will see Foreign Owl work on producing their long-anticipated debut album with further gigging in support. Coming from a city full of exciting musical talent, Foreign Owl are no exception to this and are one of the most exciting bands to keep an eye out for.

Super World Indie Tunes- ...“Pink Nose” for example, it’s a surreal maelstrom of competing ideas, wild creativity, and poetic injustices. What emerges is one of the best songs I’ve heard all year”...

The release of their debut single "Like A Beast" seen them get extensive airplay on Electric Mainline and also secured them a BBC Introducing session.

Soon after their debut release they embarked on a 2 week tour of Japan. This tour ignited their passion for writing and performing. 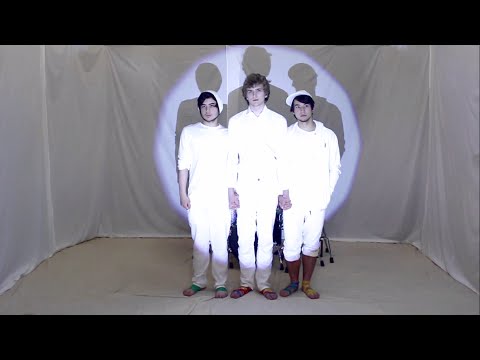