Freak Control are an exciting fresh Dublin based Dance rock duo. The band consists of Paulus Maximus on vocals / Fender Bass VI / Samplers and Dietrich Blitzer on drums/percussion. The sound that this duo creates is unbelievably fat and full and when you listen to the band live, it is bigger and more robust than most four or five piece bands. (No sequencers of backing tracks allowed). Influenced by the best in Big-Beat , 70’s Funk, dark electro and psychedelia the band are already getting noticed for their massive groovy live sound. So far this year they have played the Species arts and Culture festival, headlined the legendary Mezz in templebar Dublin along with playing many shows around Dublin and beyond building a loyal following.
They are currently receiving notable airplay from Dan Hegarty 2fm , Laura lee conboy (2XM)and Paul Mcloone (Today FM)
The band are currently filming a video for their upcoming single ‘Screen Junkie’ which is set for launch in early Autumn. 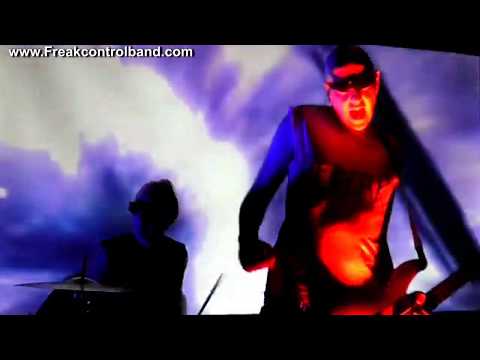