FutureScope are a Lisburn based electronic four piece using live instruments and vocals to bring an enthralling live performance of all things trance, house and dance to life. FutureScope began in summer 2010 as the alter ego for songwriter, pianist and producer, Niall Hilary. Writing and producing dance songs ranging from David Guetta example or Faithless style stadium house to sculpted passages of music comparable to the likes of sigur ros or deamau5 gained interest from a number of industry proffessionals and even at very early stages FutureScope recieved radio play on BBC ATL, ATL Dance, RTE Pulse, and had features on Queens University Radio, NI Podcast and more. Since the beginning, FutureScope have also played and DJ'd a number of top events and festivals, release a incredibly well received EP and gain the management and expertise of Lyndon Stephens (Champion Sound). This journey has lifted the name FutureScope to the top of the electronic scene in Northern Ireland.

2010 was the beginning of the road for FutureScope. After writing songs for a year or so, Niall finally got his hands on a mac and a copy of Logic Pro 9. Right from the early stages there was a evident sound within the music being created. A sound that is ambient enough to conjure up images as well as powerful enough to stand out in the scene. Melodies were extremely important and due to Niall's piano playing background, these unique songs were driven by the euphoric piano sounds. With a lot of experience with gigging in bands such as clownparlour, Ramm's Pocket Radio, Flying Loko and STA, Niall knew he had to take this music to the stage. Recruiting top musicians James Toal and Ryan McCauley on drums and bass ensured a solid rythm section to drive the rythmic music, and the vocals and charisma of Claire McCartney who is know for her brilliant personality on stage, FutureScope began to develop a unique sound and incredibly passionate and energetic performances in Limelight, Auntie Annies, The Empire and many more top venues soon followed at the end of 2010 and beginning of 2011. A number of demos were released this year, leading up to the debut EP, and recieved airplay on Queens Radio and BBC ATL Dance, even in the early phases.

2011 saw FutureScope release a debut EP, videos, and within a year of setting out on the expidition into the live show, FutureScope had racked up a headline slot at Catalyst Arts Festival, headlined Auntie Annies, Love and Death Inc, Voodoo and EXODUS Lisburn a number of times, supported UK artists such as Chasing Horses, been asked to perform at festivals such as Forfey and Sunflower Fest and gained interest from many more industry proffessionals who offered advice and encouragment at every step. Niall worked long and hard to write, record, and mix the debut EP personally and 'Sound is Active' was released in June 2011. This release coupled with a jam packed and high powered launch party in Love and Death Inc alongside top musicians Daithi and Kami Kids ensured FutureScope stayed on the road to success. Interest in FutureScope developed and by autumn 2011 FutureScope were playing atypical, captavating performances around the country, many self organised and promoted so as to add a unique touch. FutureScope were picking up enthusiasts in both the electronic scene with the polished dance tracks, as well as the rock and indie scene with an authoritative and accomplished live show. Consistent radio/podcast plays on BBC ATL Dance, BBC ATL, RTE Pulse, Panic Dots and more, alongside booming live and EP reviews in The Big List, AU Mag, Chordblossom, ATL and more. Top musicians and industry proffessionals in Northern Ireland and beyond, such as Mickey Modelle, Jupiter Ace, Stuart Millar, Sharooz, Davy Matchett, Jonny Tiernan and Paul Hamill had also became interested in FutureScope and offered invaluable guidance which aided FutureScope's journey thoroughly, and offered inspiration to the group.

By the end of 2011 FutureScope had played alongside most of the top live electronic acts in the country, and always stood out with the use of instruments. After playing a Best Of Live Electronic event in Love and Death Inc, promoter and manager Lyndon Stephens identified the vision and commitment of the band and has managed FutureScope ever since. With NIREMIX EP ready to release, second EP featuring artists such as Aaron Shanley, Ram's Pocket Radio and Kami Kids to be released in March, two videos in edit, three Irish Festivals to focus on and an Irish Tour planned for spring, FutureScope are stepping it up a gear alongside Lyndon Stephens, and hope to be pushing the boundaries of electronic music for years to come.

FutureScope have marked themselves as an incredibly talented and dexterous band with a unique sound and dynamic live show and have set themselves apart as the one to watch in 2012. 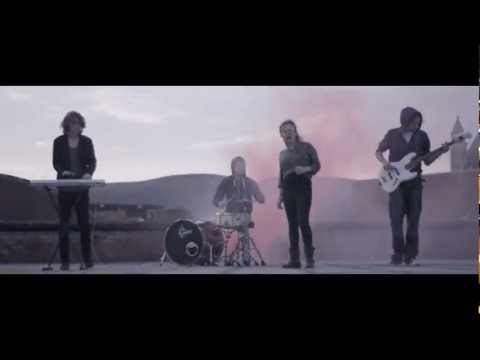