Paddy, Stephen and Sid are lifelong friends from the leafy village of Swords on Dublin's northside who have played together in several previous incarnations of the band - from primary school band and busking on Dublin's Grafton Street, to being named as O2's 'Unsigned Band of the Year' and playing with the late, great Joe Strummer of The Clash in Dublin's famous Olympia Theatre. The trio crossed paths with skinbasher Jay Oglesby - who was a member of 1990's Dance pioneers 'Liquid Wheel' - in 2006 and GATSBY were formed.

Musically, GATSBY's sound is probably best described as uptempo, melodic, pop/rock, with perhaps a dollop of folk for good measure!

Choosing to name yourself after an F. Scott Fitzgerald character to whom the word 'Great' will forever be attached is a brave move for any act, but not one of GATSBY's abilities. For a band described by Hotpress magazine as "Dublin's best-kept secret", it's a safe bet they won't remain that way for long. 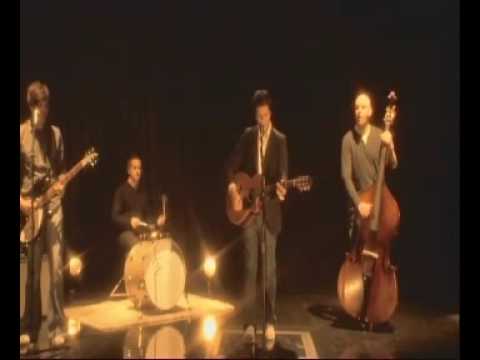