Georgia G is a 21 year old singer/songwriter from Malahide, Dublin. Georgia has been writing songs for as long as she can remember, with inspiration from Roisin Murphy, Lady Gaga and Sister Sledge.

Georgia G has released her latest track 'Are You Single? Back in November, which was chosen as RTE2FM's track of the week in December and described as 'a modern pop gem with retro infulences from the 1970's in the style of Nile Rogers'. Post release Georgia G sold out her first ever headline gig in The Workman's Cellar on December 5th. Georgia G was chosen to play hotpress' 'Young&Emerging' series on April 2nd, being described as a 'hotly tipped' artist by the music magazine. Georgia G also supported Sophie Doyle Ryder in Whelan's, (upstairs) in October and is "about to take the music scene by storm". -fingal independent.

Georgia G is currently studying songwriting in BIMM Dublin. Georgia was chosen for both BIMM 'Live and Lyrical' gigs in 2021 amongst many applicants, one which was aired in May & recorded in The Grand Social, other held in opium rooms in November. Georgia G has been gigging all around Dublin these past few months, including being chosen to play as part of Whelan's "Full Irish" on St. Patrick's day this year.

Georgia G was chosen by Spin1038 with Sarah Bellissimo as 'one to watch' in May 2020. Georgia has been working extremely hard on her new music making sure her next release is exactly how she envisions it. This would be an amazing opportunity for Georgia G as she has plenty of demo's and ideas she wants to show the world!

Mixing a variety of genres to create her own sound, The young artist is bringing an explosive and vibrant sound to the world. Georgia G enjoys to write songs that people can connect to. If that means writing from personal experience or experience of friends, movies, TV shows etc. Planning to release her EP next year, Georgia G is excited for the future!

Georgia has been performing for nearly all of her life. With her passion for musical theatre, she performed in many musicals including her sister, Lauryn Gaffney’s original musical `Big Shot’. Performing in Feinstein’s 54 below and OFF-BROADWAY in summer of 2019, with her sister and other talented cast members. 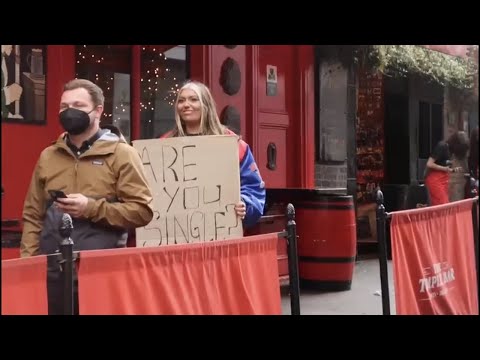 RUN
Are You Single?