God Knows is an award-winning rapper and MC best-known as one of the key driving forces behind Ireland’s thriving hip-hop scene.

As one third of Rusangano Family, God Knows was the recipient of the RTÉ Choice Music Prize for 2016’s ‘Let The Dead Bury The Dead’ - the first ever hip-hop record to win the prestigious ‘Album of the Year’ award. Legendary RTÉ 2fm DJ Dan Hegarty has since said it is “possibly the best Irish album of all time.” The album saw the trio “exploring the fertile ground between two cultural polarities. In a year of national identity, they explore what it means to be Irish in 2016, what it means to be an African immigrant in this land,” according to leading music critic Nialler9.

Never one to rest on his laurels, 2019 saw God Knows take a major step centre stage. In February of that year, he appeared on Sim Simma Soundsystem’s critically acclaimed EP, ‘Pass the Aux Chord’ along with contemporaries like Denise Chaila, Breezy Ideygoke and Chilli Cherry. April 2019 saw the release of Crown, a track that heralded the beginning of a period of prolific creation for one of Ireland’s most critically-acclaimed artists. In May 2019, God Knows featured on Dublin rapper Nealo’s track Questions before bringing together Bantum, Farah Elle and Ben Bix to collaborate on one of the most popular songs of the summer, Strongest Thing.

God Knows was subsequently recognised by RTÉ and Culture Ireland as a ‘Cultural Trailblazer’ and chosen as one of four ambassadors for one of the most notable dates on Ireland’s cultural calendar, Culture Night. To celebrate Culture Night, God Knows released Clout9 feat. Outsider YP - a song that examines the futility of ‘clout chasing’.

Known as something of a big brother to up-and-coming artists, God Knows facilitates many collaborations between musicians from diverse backgrounds and scenes and has been central to the conscious hip-hop movement in Ireland.

The Irish-Zimbabwean artist is also popular for his outspoken views on the importance of maintaining good mental health. In September 2019 he told Hot Press Magazine, “This year, all the music I’ve released has been about mental health in some way. As an artist, I can only express what I am going through or have gone through. The biggest lesson I’ve learned through my own experience is that it’s important to make sure you take care of your own mental health, so that you can be strong for others.” Known for his vividly honest lyricism and electrifying energy wherever he sets foot, the year ahead is set to be God Knows’ most exciting period of creation to date, with a spate of solo material and collaborations planned for 2020. 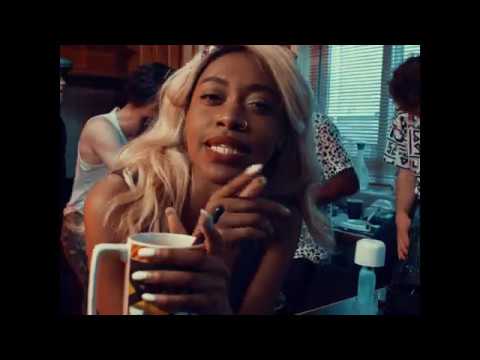