"Wexford artist-Hallie has just released her debut single "Familiar Place" online, on the back of winning the Golden Discs first ever "Golden Busker" competition last year!
The song is accompanied by a stunning music video shot on Mount Leinster with just an iPhone and has racked up over 51K views on Facebook in it’s first few weeks.
Hallie hopes the song can reach out and help others dealing with depression and anxiety, which she has struggled with her whole life.
This song is the first single off her upcoming ep "Waves" and is available to stream and download from all major platforms"

“Hallie was crowned The Golden Busker after playing an amazing cover version of Amy Winehouse Back to Black followed by 3 tracks she wrote herself that wowed the judges and the crowd. The emotion in her lyrics and voice brought the shopping centre crowd to tears.” - Golden Discs

“Hallie from Wexford has been writing songs since she was a child and was gifted a guitar at the age of 14. She openly discusses how she struggles with anxiety and depression her whole life and music is her escape for channelling her emotions. "I want to help people with my music, I want people to know they are not alone” - Golden Discs

Irish born singer-songwriter from Murrintown Co.Wexford
I’ve been writing songs since I was a child and always dreamed of making music and helping people through my songs.
Songwriting was always my outlet to battle my demons as I’ve struggled with depression and anxiety all my life. Music was my best friend and my passion since I was young, it gave me hope and made me feel like I wasn’t alone.
I would write poetry and when I was 7 I used my grandmothers keyboard to start writing my own songs.
My dad helped me to learn chords on his acoustic guitar when I was 14 and that’s when I was able to create full songs and perform them myself.
I went to local open mics around Wexford with my mam, the main one being “The Red Chair” and that’s when I knew performing and being an artist is what I wanted more than anything.
I had a band called “Ning Street” and would gig weekly with them in different venues in the summer of 2014, we would perform cover songs but writing and performing my own material is where my heart really lay.
After school I auditioned for BIMM in Dublin and was auditioned by Steve Wall from “The Stunning”.
I had to bring a portfolio of my songs and preform them for him and I was lucky enough to secure my place in their songwriting degree.
I completed my first year of college in BIMM but due to mental health reasons I transferred to WIT to finish my music degree and be closer to home.
I was told by the head of the course I was wasting my time trying to finish my degree in WIT as I was just a “songwriter” with no theory and self-taught. I was determined to fight for my dreams and I graduated in 2015 with a BA Hons in Music.
Due to my mental health I was unable to write for a number of years as I didn’t feel worthy, didn’t think I or my music was good enough and struggled with my confidence.
I took time out of my job which was draining me to focus on my mental health and I started to write songs again.
In 2017 I won an Adjudicator Award for the Singing & Swinging Pubs.
After this it gave me a lift and helped me to find my feet and my passion and make sure I never let myself give up what I love because I don’t feel like I deserve to.
I attended a few classes and workshops with a local singing teacher and performed in multiple venues and appeared as a special guest in one of their end of course concerts.
I was able to finally give myself the chance of fighting and following my dreams again and I am determined to help people who struggle with the same things as I do and inspire people to do what they love even when they don’t feel like they are worthy of doing that. I was the first winner of the Golden Busker competition 2019
held by Golden Discs and won a dream artist package. The package included a full recorded EP, professional music video, 500 CDs and a Golden Disc tour where I will be performing all my songs live in each store in the near future! Currently I have won Best Original Act/Song in this years Singing & Swinging Pubs 2019 with my song “Familiar Place”.
My EP is finished and was recorded by The Orchard Recording Studio!
I hope my songs and message help people out there that feel alone with the battles they fight everyday and to know it’s okay to struggle and we are all in this together. 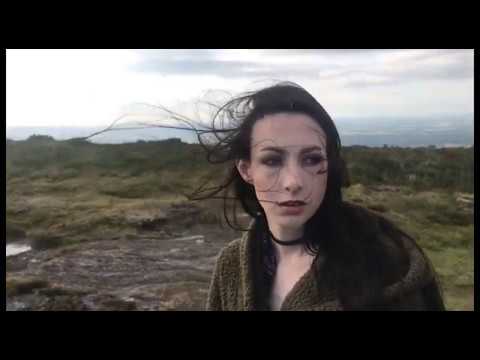