While playing in various local bands Eibhlin Palfrey and Pavol Rosa decided to reach out and find a new sound. "Inhale The Fall", the duo’s first major musical exploration emerges from the ashes and takes to the Cork music scene. The band's upcoming studio release, due to be released Summer 2013, is chalked full of songs that channel their melodic arrangements with soaring vocals to construct a record packed with memorable tunes reminiscent of Halestorm and Guano Apes.

Here is the infectiously melodic hard rock band you've been waiting for. In an age of sludgy power chords, Inhale The Fall represents a needed breath of fresh air, where melody, lyrics, and song writing are just as important as loud guitars and a solid rhythm section.

After searching far and wide for a drummer they recruited Brano from Slovakia and the search for a vocalist wasn’t easy. They were looking for a specific style of vocals, someone that will leave you with chills and goose bumps and could deliver the songs with attitude. Jenny had this in abundance. The writing for the new album is well on its way towards completion. Though the new material has a greater textural range than ever before (but still defying easy description), the focus has remained unchanged from the beginning.

"First and foremost, we wanted to release an album where songwriting and sound came first," says Rosa. "We wanted these songs to have more substance with a heavier sound. We focused more on melodies and arrangements, as well as rhythms. We want to bring some rock back to Cork and develop our sound. I think this new album is heavier, and has melodies that people can still sing along with.

After recently releasing their newest music video “Weak” and with this new album in the works, Inhale The Fall are determined to continue to take charge of that space in your head where the madness lives and rock wants to thrive. 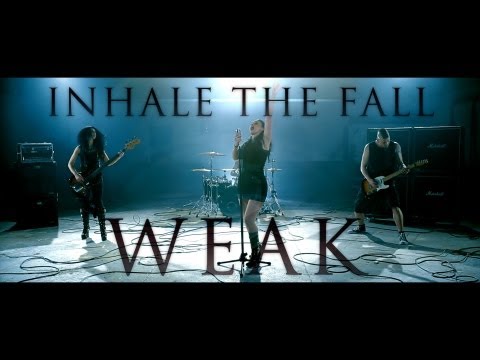 Under Your Skin
Fearless
All Apologies