Insufficient Funs are a drums and saxophone duo, borne out of Matthew Jacobson's 2016 Musician-in-Residence award. The rare use of bass saxophone provides seriously low tones for Sam Comerford to weave between grooving basslines, melodies and textures in conversation with Jacobson's playful drumming.

Collectively these two musicians have represented Ireland with the European Jazz Orchestra, the European Saxophone Ensemble, 12 Points Festival and have performed and recorded together with several groups including European jazz quintet A E R I E, Dublin math-jazz group UMBRA and Ronan Guilfoyle's 'A Shy Going Boy'.

The duo released their debut EP (Nialler9's Irish Times New Irish Music Release of the Week) summer 2016 and have recently been performing to full houses around Ireland and Europe including 12 Points Festival, San Sebastian in July; Another Love Story Festival, Ireland in August; Jazzy Colors Festival, Paris in November.

2017 will see the duo playing some Irish dates in February and a short Belgian tour in March.

“The combination of jazz drumming and the low-toned bass saxophone makes for loosely shaking rhythmic excursions and a real sense of exploration, with both players reacting to each other in real-time, switching it up and moving it on in new ways, creating unique textures as they go. Insufficient Funs is delightfully unhinged from expectation.”
Nialler9, 'New Irish Music Release of the Week', Irish Times, 12th August 2016

“Dublin duo Insufficient Funs turned in a confident, enthralling set last night in the gilt-edged splendour of the Victoria-Eugenia theatre here in Donostia-San Sebastián. Risks were being taken, ideas were passing back and forth, and new music was happening in the moment - you can’t ask for more than that.”
Cormac Larkin, 12 Points Blog, 23rd July 2016 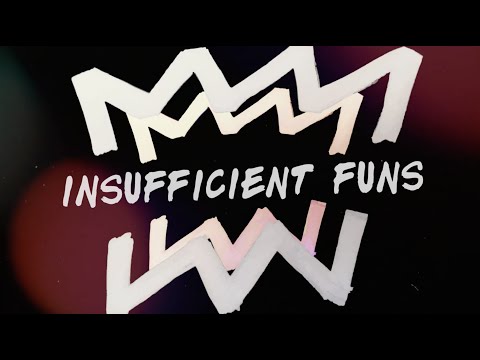