Born unto the summer of the new millennium, Jerome Arrigan is a Singer-Songwriter from Cork City. A product of both the new producer-heavy music of his own generation as well as the more traditional acoustic singers of his Father’s. Jerome began writing songs at the age of 16 but kept it to himself for a long time. Eventually he auditioned one of his songs for the school play, it was accepted and made part of the running order. From there Jerome’s musical journey began to blossom and within 12 months he was playing his first solo gig with his signature blend of Folk, Pop and Acoustic Rock.

Dark, contemplative, impassioned and uplifting, Jerome pushes past the boundaries of the stereotypical Boy and Guitar trope with the quality of his lyrical content and his strong melodies. This combined with a ranging, powerful voice means that stories come to life in a way that only Jerome Arrigan can do. His influences move from Paulo Nutini, David Bowie and The Beatles to the likes of Mick Flannery, David Keenan, and Nick Cave.

Jerome has multiple releases on his SoundCloud, an eclectic mix of “Bedroom Singles” he has recorded himself over the past few years. Most recently he has released his song “The Squeeze” and later an EP titled “Locked in the Garden” which he recorded in his garden during the first lockdown in May of 2020, both on Spotify. He has played solo gigs in many venues in and around Cork City and also in Temple Bar, Dublin as the opening act for Ed McGinley. Since then he has taken the lack of opportunity for live gigs as an opportunity to grow his presence and name online. 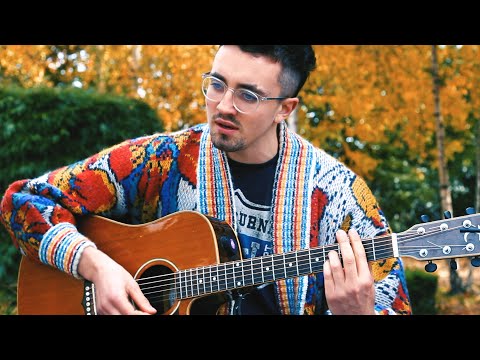