With 2 albums already under his belt, Jim McHugh has garnered an impressive list of supporters with multiple singles added to the RTE 1 Recommends list and being chosen as the ‘LMFM All Out Local Song Choice’ as well as Roddie Cleere’s ‘Song of the Week’.
His third album ‘Pretending to Wake Up’ which came out on May 28th 2021 is sure to cement McHugh as Ireland's leading folk rock artist as his ability to write a hook of a riff combined with a catchy chorus surpasses all!
From the Farney drumlins of Co. Monaghan, Ireland, multi-instrumentalist Jim McHugh brings a new edge to the folk tradition, blending traditional and indie styles with up-tempo beats. In 2016 he drew upon his past and recent musical experiences to record an album of new songs entitled ‘Noise Machine’, nicely summed up by Pete Whalley as ‘Indie folk-driven rock that has a vibrant beating heart’.
For his third album, McHugh lets us hear how he has progressed his rock sound in an organic way, never wavering from his roots in crunchy guitars and anthemic riffs but always developing as a songwriter and raising his game sonically. Working alongside producer Alex Borwick (Parliament Funkadelic, Catfish & The Bottlemen, Niamh O'Regan, Lankum) and session musicians Paul McCabe (bass) Paul Sherry (Eelectric Guitar) and Butch McNeill (Drums), McHugh brings a new dynamic and alluring sound totherock genre. Jim’s previous single Should Have Lied released in 2020 was premiered by Hot Press and received national and international radio play. Jim’s last album release ‘My Nuclear Radio’ was critically received and album single My Mandalay featured on the ‘RTÉ RADIO 1 recommends’ playlist in Nov/Dec 2019 ,and was the ‘LMFM All Out Local Song Choice’ for March 2019. Single Everything’s Cool was Roddie Cleere’s ‘Song of the Week’ on KCLR in August 2018 while Avenue Road and Marjorie were widely played at home and abroad. Pretending To Wake Up was recorded, produced and mixed by Alex Borwick (ParliamentFunkadelic, Catfish & The Bottlemen, SputSearight, Lankum) at Black Mountain Studios, Jenkinstown and Wynne Wynne Studio, Dundalk. It was mastered by Fergal Davis (SinéadO’Connor/Muse).

So many of the great songs are built around a fab bassline - rumbling along with the drums before the singing starts and the guitars come
crashing in – we’re beginning to thinks it’s some kind of formula for how to rock. The Pixies were adroit at letting Kim Deal pull the strings
before the guys blew up around her, Jack White has been known to lead with a bassline on occasion and even the Dead Kennedys used these moments to appear even more sinister than perhaps they were. A n d w h i l e these guys all rocked, and some, they were never formulaic. So it is with Jim McHugh’s new single, a belter which seems to borrow elements from all these greats and more before spewing out something that is entirely his own. Dave has an almost industrial feel to it, Butch McNeill’s pounding drums - already nodding to Fugazi -augmented by little dings and rimshots over that menacing bassline by Paul McCabe. It all builds to a menace in this, as Jim puts it, “original story of misspent youth. Dave unveils my interactions with a friend who was known for being on the wrong side of the law on numerous occasions”. And Jim’s voice, a fine instrument in itself, seems to shift from role of whispering confidant to collaborator just as he allows himself to soar and Paul Sherry’s guitars crank up the angst. It’s a neat trick, this juxtaposition, and Jim uses it at all the right moments.
So, an unformulaic formula for rock, then, and once it again it works. Dave is released on February 5 and album Pretending To Wake Up is out in May.

I’ll start this review off a little differently. Man you are going to LOVE the chorus. It literally punches you in the face, which is hard to do because, by the time you get to the chorus, you are already slapped in the senses by the intro, verse, and bridge. This song is something you can’t not listen to. Like a constant hook, it just grabs you and takes you along for the ride.

If this is the lead single from his upcoming album titled ‘Pretending to Wake Up’, then ‘Dave’ never went to bed.

‘Dave’ is a rousing rock number showcasing a darker side to Jim McHugh’s sound. Spreading bluesy guitar riffs over a hip seducing rhythm ‘Dave’ is a wild, infectious banger. The verse wriggles with rich percussion, dark bass rumbles, and deep vocals from McHugh hooking the listener instantly. Then without any warning, the chorus swarms in on a wave of rock n roll bravado. Clamorous guitars, punchy drums, and a thrilling vocal display from McHugh ensure the chorus isn’t leaving your head anytime soon. Blending funky guitar elements, with mosh ready frenzy, ‘Dave’ is a blazing new single from McHugh. Love it.

Ahead of his third album Pretending to Wake Up due for release in May, Monaghan singer-songwriter Jim McHugh drops lead single Dave today. Belying the quiet intro, Dave soon breaks into full rock mode, though the subtleties of Jim’s folk nuances are perhaps still simmering in the background. Despite having talents playing multiple instruments himself, the album brings a full band project for added impact. Dave is the story of a misspent youth and, as such, a welcome reminder of life outside lockdown, something we could all use right now. Dust off your air guitar and play along below.

Jim McHugh today releases his new song titled ‘Hey Jimbo’. The track starts off with an infectious groove and continues the upward spiral with a monster hook that continues from start to finish. The grit and grime of the music creatively counteracts Jim’s unique blend of rangeful vocals and songwriting craft. This is brilliance captured.

Beginning with an energetic rock drum groove, this song builds with layers of crunchy guitars and a tight bass line. Hey Jimbo is the type of tune that forces your foot to sway & bop. The chorus is so playful and fun. It will burrow away into your memory and find a nice comfortable spot to stay. In the second verse we are greeted by the addition of a brass section, which adds extra colour to the mix. The lyrical content throughout Hey Jimbo is a tribute to that old familiar battle of unrequited love. The external torment of being so overwhelmingly attracted to “her” and being pegged back by the ever so agonising truth that this love is not mutual. The child within me gives a nod to the memories of all my rock n roll introductions with a tone that is so nicely rich and luscious. This track has not only been beautifully recorded, mixed and mastered but has every potential to become a rock n roll classic.

’Hey Jimbo’ is a lively, gritty tune as McHugh propels raw riffs over a thunderous drum display to create his punchy rock backdrop. Following on from his tantalising release, ‘Dave’, the song continues McHugh’s venture into a darker, more raw rock aesthetic. Brimming with energy and a relentless percussive onslaught, ‘Hey Jimbo’ spirals into motion as the clamorous drums lead into the bluesy soaked riffs and beefy bass lines, creating a thrilling soundscape for the listener to indulge in. Throughout the song, themes of desperation, tension and yearning come to the fore and are deftly expressed through biting arrangements and instrumental embellishments. However, it is through the lyrics and McHugh’s expressive vocal delivery where the themes truly hit home. McHugh sings “Hey Jimbo She don’t love you, Hey Jimbo you’ll see, In the morning, she will leave you.” – the hard-hitting, earnest lyrics skillfully express the distress and uncertainty within the song which is greatly enhanced by the instrumental backdrop.

McHugh is developing his passionate and edgy sound superbly, creating tunes that exude an infectious swagger and anthemic might. Boasting an impressive full-bodied sound and slick musicianship, ‘Hey Jimbo’ is a lean, mean well-orchestrated tune from Jim McHugh. Love it.

'Hey Jimbo' drips with the flair of iconic rock acts such as Lenny Kravitz, but is truly defined by the distinctive folk, blues and rock styles intertwined perfectly by McHugh. Featuring thundering drums, slick guitar riffs, a pounding baseline and McHugh's catchy vocal lines. 'Hey Jimbo' is everything you would want from a modern mixed rock tune. 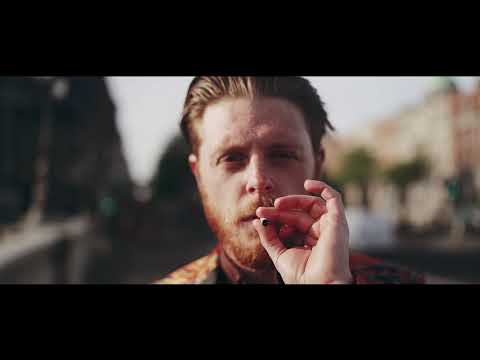 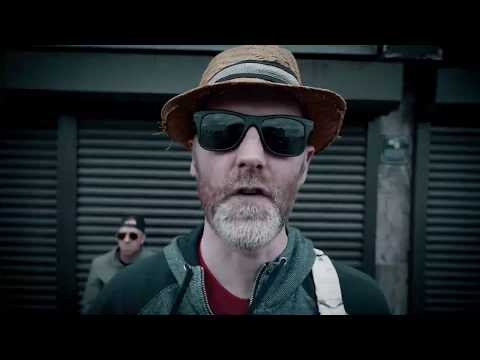 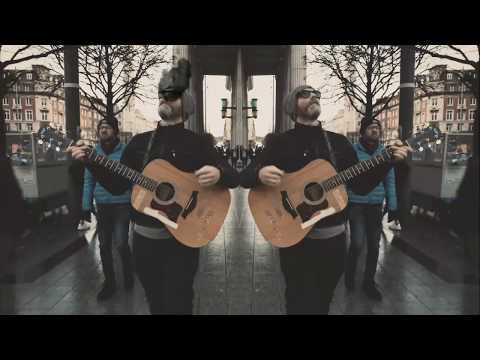