Joanna Marie is a singer songwriter from Dublin.

Her career as a musician began at the age of 18 when her brother brought home a guitar. At that time she also was introduced to the work of Joni Mitchell and this inspired her to put pen to paper for herself. Life took over for a time but in 2012 the singer took a career break and received a diploma in Songwriting at BIMM Dublin.

During that year she met producer Ola Ersfjord and following a successful “Fund.it” campaign Joanna went on to record her debut EP Cold on the Coast with Ersfjord. The EP was mixed in Ersfjord’s self built studio in the woods in Northern Sweden and was released in Whelans in July 2014.

Cold on the Coast garnered praise from all corners with Dermot Reynolds of Independent Music review Ireland saying ” There is something very intimate about Joanna Marie’s style and performance, Cold on the Coast contains four different but well paced tracks delivered with conviction and emotion in a folk/country style and wrapped in beautiful artwork”

Following the release of her celebrated EP, the singer quickly established herself as a fresh voice on the Dublin music scene and has since played numerous venues and gigs.

Described as Alt-Country, Joanna Marie’s strength is in her distinct sound and songs that are rich in narrative. Nature is an enduring presence in all of her songs from the softness of a sunrise to the rugged, wildness of the sea and by contrast her songs ebb and flow, sometimes soft and sparse, other times strong and bold. 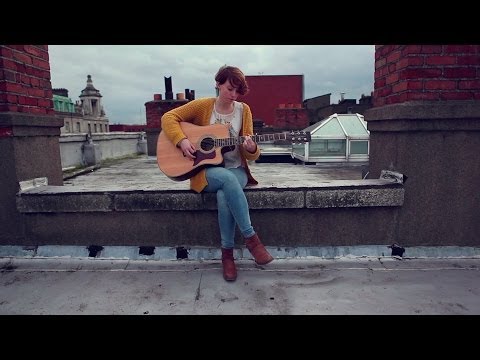