Justin is sponsored by Faith Guitars and Barnes and Mullins.

Born in a small town in Northeast Arkansas called Jonesboro, Justin Black started teaching himself the keys on an old, out of tune, Story and Clark upright piano given to him by his bible wielding neighbours who inherited it from their church. At the age of 13 Justin fell in love with the acoustic guitar after watching an off duty police officer play one in a flea market. Not long after that Justin bought his own guitar for $13.50 and was never bored again. At the age of 15 Justin joined the Nettleton High School choir where Justin's vocal mentor Jonathan Adams taught him to sing. When Justin tried out for the choir his singing was so unfavourable to human ears that Mr. Adams truthfully warned Justin that he sounded “like the crypt keeper from Tales From The Crypt” after a few years Justin made all region choir and began writing his own songs. At 18 he moved to Nashville where he lived and gigged for 2 years until he met an Irish girl, got married and moved to Derry, Ireland. Since moving to Ireland in 2005 Justin has played over 1000 gigs, written a few 100 songs, got divorced, became a father, fell in love with a Latvian girl, and started getting his music placed in American TV shows like Being Erica with the help of NOMA Music and Confidential Records. Justin's new album “Or Mainlanders?” will be available in the summer of 2016 in dedication to the Arranmore Island off the coast of Donegal. 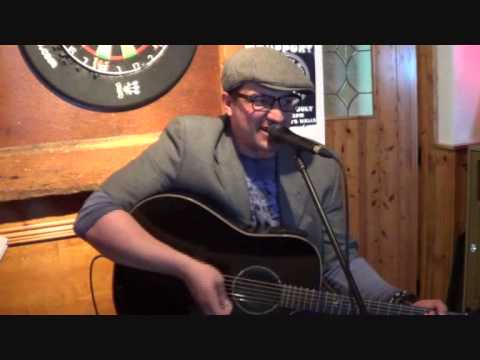