When Kieran Hanrahan told the world on RTE that Irish Folk raconteurs Kern were, “Future legends in the making”, he wasn’t wrong. It’s just that he was talking about the old Kern who are now the new Kern. Do you Kern? You should!

Kern is a modern Folk Music group from the historical north east of Ireland that was once known as the Oriel.

Brendan McCreanor and Barry Kieran met during the creation of a music show in Dundalk during the misty times of the 2010’s. Enjoying the session scene in the town and also learning new pieces together they stumbled upon the sweet voice of Dylan Pearse performing a rousing rendition of Arthur McBride. They knew instantly this singer and accompanist was the one to enhance both fiddle and uilleann pipes to create the Kern sound.

After two years and a host of highly acclaimed live performances around Ireland, SJ McArdle stepped into Dylan’s role and enjoyed seven years and two critically acclaimed albums with Kern. SJ and Kern parted ways, however, during the unprecedented times that came with a world Pandemic and it was at this point that Dylan made his triumphant return to the fold. Thus, the old Kern is the new Kern and it is, without any shadow of a doubt, the best Kern.

The new Kern sound is also enjoying a new Kern attitude and approach to all things related to their craft. High art endeavour with a dedication to sincere and genuine creative output gilded with a happy and humorous outlook has inspired the first series of their podcast The Folk Waffle, produced in association with An Táin Theatre, Dundalk. An unpredictable and funny mix of conversation and music with specially ‘grilled’ guests on every episode. Join the members of Kern - Brendan McCreanor, Barry Kieran and Dylan Pearse as they waffle and giggle their way through the folk world and beyond.

Kern has accomplished much. They have performed live at Folk Alliance International in Montreal, Milwaukee Irish Fest as Templebar Tradfest Showcase Winners, Fleadh TV, Vantastiva and Other Voicesl to name but a few. The band has been featured on TV and radio around the world and a regular on RTE 1 and Lyric FM in Ireland. They recorded 2 albums: False Deceiver & The Left and the Leaving whilst touring the USA, Italy, Germany, Canada and their native Ireland. Now with Brendan, Barry and Dylan back together with a fresh sound in the making, Kern is just about ready to execute their ‘no-holds barred’ manoeuvre and take this unsuspecting world by storm! 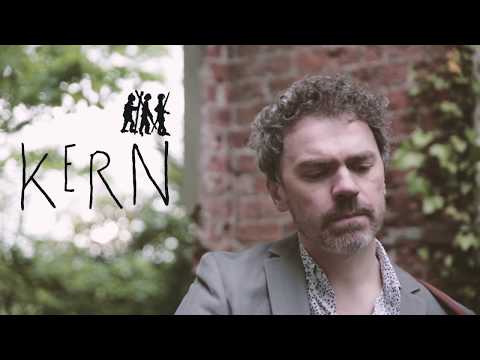