Biography.
2012 has already been a busy year for King Twit who, while writing new material for later release, have been travelling the length and breadth of Britain and Ireland to play live shows.

The Band is comprised of 4 experienced Liverpool based musicians, and was formed in the autumn of 2011. After initial writing and rehearsals, they took King Twit on the road to Holland for a mini-tour. With a handful of successfully blagged European dates and hours of busking under their belt, they returned to self produce Bicycle. In an attempt to always remain one step ahead of themselves they immediately began booking their first UK tour, and honed their chops in the rehearsal room in anticipation of their debut jaunt around the country.

They play lively guitar based alternative folk pop, in the vein of Captain Beefheart, The Shins and Jonathan Richman. As individuals they have performed at many festivals including Glastonbury, Shambala and Eden, and have been featured on BBC Radio 6 as well as numerous live radio sessions on BBC Merseyside. They have supported the likes of Hawk and Hacksaw, The Correspondants, James Yorkston and Jeffrey Lewis.

“Their music is incredibly infectious and catchy” – Liverpool Music .com 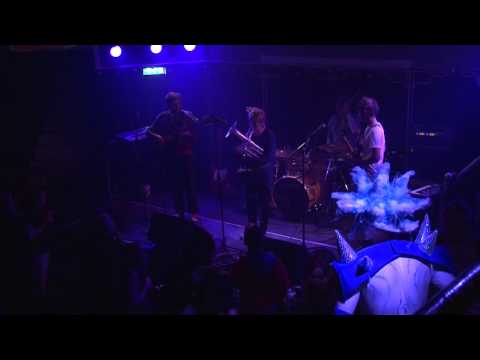