In early 2019 KOLETTE, a singer/songwriter from Kildare, decided to write a "Dance/Pop" track, which deviated from her previous contemporary music style and began working with Dublin based record company Diffusion Lab. They specialise in Hip-hop, R-n-B and Dance music (and also work with Soule, Jafaris and electronic RnB Rushes). They produced this brilliant and undeniably catchy track for Kolette.

This latest release "Change My Life" is an upbeat, feel good dance/pop track with a mixture of catchy melodies and driving beats with a captivating hook that will entice any listener to sing along.
Kolette will also be releasing a video for this track in late July/August.

Previously, Colette Kavanagh (now KOLETTE) has written songs with intimately personal lyrics, accompanied by heartfelt music. Her soothing voice which has clearly been influenced by the likes of singers such as Julie London and Karen Carpenter, has been described by Byron Harris from Indie Spoonful as “a tender, sweet voice that is warm and inviting.”

Colette attended the Holy Faith Convent in Dublin 8 made famous by the great Imelda May who also attended this school.

Colette grew up with her father playing piano and her mother singing along while encouraging all the children to join in Sunday afternoon singing around the piano. Her aunt was an opera singer and was taught by the great singing teacher Veronica Dunne and was a member of the Dublin Opera Society. Her uncle was also a musician in Eileen Reid’s original line-up of “The Cadets”.

Colette’s musical influences range from Roy Orbison to Julie London, The Carpenters and Johnny Cash to Enya and James Blunt and many, many more.

In 2007 Colette was asked to be a guest singer on a 10 day tour of Ireland with Johnny Cash’s guitarist, Bob Wootton from Nashville, Tennessee. This tour gave Colette the confidence to begin writing and recording her own songs eventually leading to her debut album ‘Further Down The Line’ drawing on many country influences.

Colette has been regularly performing in Dublin and the surrounding counties as well as having many requests to sing at numerous events including RTE television’s ‘Franc’s DIY Brides’.

In 2014 Colette’s song “Rebekah’s Lullaby” was used in a short film “Skunky Dog” written and directed by James Fitzgerald of OIC Media and has won 13 awards to date to include Winner of Best Short Drama at the Royal Television Society Awards in RTE.

In November of 2015, Colette started working and recording her new songs with well known Producer Martin Quinn of Jam Studios in Kells, Co. Meath who has produced music for artists such as Aine Cahill and The Strypes.

Colette’s music is getting extensive radio and internet airplay on DublinCityFm, EastCoastFM, SpiritRadio, SouthEast Radio, KCLR to name but a few and all across the USA and around the world including Spain, France and Germany!

Her music videos, including fan-favorites “Hold On”, “Someday” and “Last Kiss”, have received an especially warm reception in the US market. These videos have appeared on television screens spanning from New York City to Los Angeles and everywhere in between via music video outlets such as Bongo Boy TV, THECOOLTV, R n R TV, Video Diversity and H2O Television, to name a few. They've also been featured in popular retail stores such as IKEA and Macy’s, gyms like Retro Fitness and LA Fitness and nightclubs, as well as on video-on-demand outlet, PCMusic and numerous music/pop culture websites, including VentsMagazine, EssentiallyPop, ArtistRack. 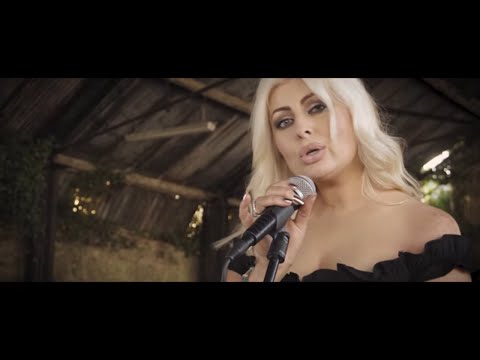