Landers are an experimental folk band currently based in Berlin. After they met each other by chance in 2019, the band quickly realized they shared a common drive to make music that felt honest and true to their hearts. Dazed and excited about creating something of their own, they started putting pieces of songs together from scraps of poetry and old lost demos.

After only a couple of rehearsals, Landers decided to record a live session in a large warehouse known as KAOS in the outskirts of Berlin with their friend Aidan Floatinghome (works with Perlee, Wallis Bird, Hundreds).

Over a short period of 4 days, almost all tracks were recorded live in one room with a limited amount of recording equipment. The experience from the KAOS session helped them to understand new ways of expression, emphasizing the importance of a loose, free, and shared process. What came out of it was a vulnerable weaving of jazzy, ambient soundscapes with a strong folk backbone from many hours of improvised recordings.

Instead of creating a full album/EP so immediately, the band felt that the session itself is something worth sharing first. It gives them time to not rush things creatively and to also have a chance to invite new listeners to sit beside them through the early development process, just like the way they usually share rough demos with close friends.

Tom Miodrag from Irish Culture Berlin had this to say of Landers third single Washing With Water: “Tapping into our need for release, renewal and escape, the song undulates with unhurried grace, before being borne on the wings of Breiting’s sensitive bass playing, and von der Goltz’s understated drumming.”

This latest release is under the title Daily Life. It features one track from the KAOS session and another one that was recorded in January 2021. The last installment is setting out to create a grounding experience and to wrap up the four KAOS releases for the band.

The two tracks delve into feelings one experiences when confronted with truth. Daily Life and Eyes Closed: dissolve and acceptance.

The title track Daily Life is balancing essential elements of life: stagnation and forward movements, while Eyes Closed is a minimalistic ambient track, creating a vast and wild landscape of sound for the listener to get lost in.

Daily Life features German violinist and composer Maria I.J. Reich. Maria’s performance adds a distorted quality to the harmonically grounded song, adding a tense “uncomfortableness” to an otherwise balanced piece. Eyes Closed is an exception to the previous releases. Created earlier this year to deliberately cap off the whole KAOS session experience, it reflects the recent musical ideas and experiments of the band, pointing towards an ambient/noise direction. The piece was improvised and recorded live in a very collective way and it, therefore, becomes hard to tell which instrument creates which sound.

This final package brings together elements from the band's past and present. A perfect way to celebrate the end of a chapter and to give hints towards the next chapter that awaits them.

“Landers are a new-fangled, Berlin-based experimental folk trio with an incredibly promising future ahead of them. Impressionistic and improvisational, ambience meets gossamer structure head-on across 10 minutes.” - Brian Coney, The Thin Air

“ ‘Just Thinking’ is an intimate song that rolls over delicately before it buries itself into your subconscious.” - Nialler9

“A fine example of the creative powers of Irish artists in Berlin, Irish-German trio Landers’ ‘Just Thinking’ is the captivating and understated result of a live recording session in Berlin by the new group. Intimate, ambient and unburdened.” - Aaron Cunningham, Chord Blossom

“The pleasing aroma of The Blue Nile is strong off this gorgeous, calm piece of music” 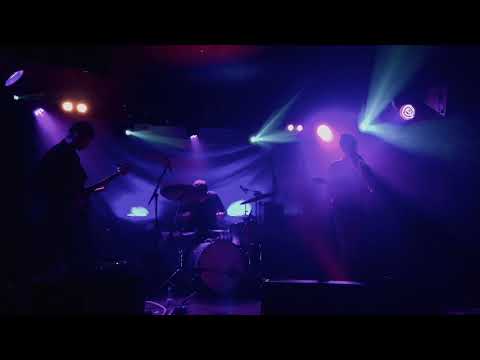