What’s the shortest distance from Moscow, the capital of Russia, to the small town of Kilbeggan in the middle of Ireland? Why, by going straight from one heart to another, of course! And that’s exactly the route taken by singer, songwriter, and pianist Larissa Tormey when she fell in love with an Irishman on holiday, which led to her making the move from Moscow to the midlands.

And that move was also the beginning of Larissa’s journey into Irish music, where she has gone on to claim a place in the history books as the first Russian to make a name for herself on the country scene. Larissa’s recorded output over the last few years is a good indicator of both her work ethic and her love of the studio, with three albums displaying her vocal prowess beginning with ‘Perfect As I Am’ in 2015, followed by ‘God Loves A Trier’ in 2017, and her latest, ‘Cowgirls Don’t Cry’, early in 2018. Larissa was also presented with the Sunday World’s Cultural Crossover Country Artist of the Year award in February of 2018. Her first video collection, entitled, ‘Video Collection – Volume 1’, will be released in November of 2018.

With performances at the Hot Country TV Awards concert, and appearances on The Late Late Show and on Nationwide on national television, not to mention a nomination for Best Country Act at the Irish Post Awards to her credit, Larissa has shown that no stage is too big for her talent. But Larissa is about more than just her talent, as anyone who has enjoyed time in her company will testify. Her positivity and energy, perfectly complimented by a sense of style and elegance, make Larissa a natural entertainer, on stage and off. 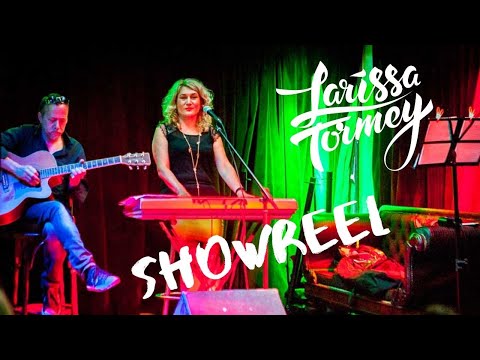