Late Night Pharmacy is an alternative rock band from Dublin. Guitarist Fionn Murray formed the band in 2017, and the band released its first EP "Demo 2017" the same year, which was heavily influenced by bands such as Joy Division, Interpol, Bauhaus and My Bloody Valentine. The band’s first live performance was at the 2017 Gothic Species festival in Leitrim. After playing with several drummers, in April 2018 the band recruited Jordan Swanson (ex-Midwest Mindset) behind the kit.

In October 2018, the band carried out its first recordings with the new lineup for its second EP "Flamingo", for which the band drew inspiration from acts such as Pixies and Smashing Pumpkins. The band produced a music video for the song “June”, which premiered on Last Day Deaf. The EP itself premiered on The Best of Music and Film, and was Totally Irish 98’s Pick of the Week. Songs from Flamingo were featured on various Irish and international radio stations, including 98 FM, CRC FM, 92.5 Phoenix FM, JAM Dundee, Riverside Radio, and Blues and Roots Radio. The band promoted the EP by playing numerous shows in Dublin venues such as the Workman’s Club, Sin É, The Grand Social and the Underground, sharing stages with acts such as Classic Yellow, Daly and Cable Boy. The band later released a music video for the song “Texlahoma”, which premiered on Indie Buddie. In August 2019 the band supported renowned Irish house producer Daithí in one of his live dates.

At the beginning of 2020, the band underwent some lineup changes. In September 2020, Late Night Pharmacy were one of four Irish acts selected to participate in the TiLT Development Deal, in collaboration with Totally Irish 98FM, the Sound Training College and the Button Factory. In November 2020, Late Night Pharmacy was awarded a recording grant as part of the Music Industry Stimulus Package set up by the Department of Culture and managed by First Music Contact. Using this grant, the band recorded three singles with Aidan Cunningham (The Scratch, Nealo, Overhead the Albatross). The first single "Too Late for the Rickshaws" premiered on Hot Press in April 2021. 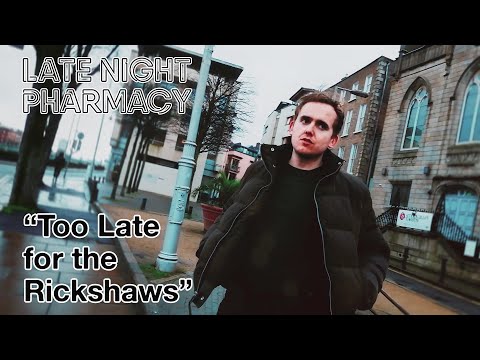 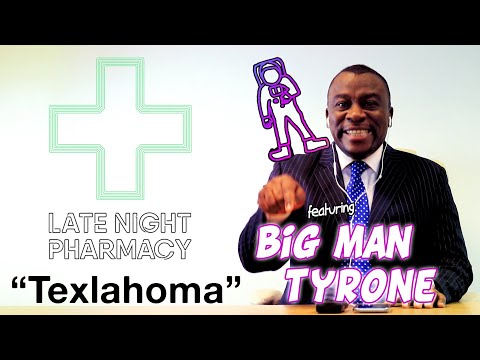