Isaac O’Sullivan, also known by his recently adopted alter-ego, Letterbox Kid, is a singer-songwriter, rapper and producer hailing from Cork City. Originally from the Waterford side of the border, Isaac began his life in music with a concept album called ‘A Live’. Here, Isaac pessimistically questioned what it meant to live in society and the fabrics that held it together, as well as the mental hardships he reluctantly endured during his schooling years. After the release of this minimalist, part spoken word, part singer-songwriter acoustic expedition, Isaac organized a launch gig and sold tickets on foot in his local area. Soon after, Isaac performed two more sets at local Summer music festivals.

Since then, and with entry to the prestigious Cork School of Music, Isaac has improved drastically as a musician and artist. He is currently wrapping up the production bows on his debut EP, Elegant For A Rogue & Skinny For A B*stard, which is set to be released in July of 2021. A live 30 minute performance of this material was recorded in the Stack Theatre in the Cork School of Music on the 26th of May and will be released to Youtube near the end of June, in what is sure to be a wild ride through the Letterbox Kids’ repertoire to date. The new EP consists of trap beats, slurred bars and emotional highs as Isaac starts to find his home as the Letterbox Kid in an unusual mix of trap, rap and soul. Isaac plans to string a number of releases together as the Letterbox Kid in the second half of 2021 as he ups his prowess as a unique creator and performer.

After the release of his debut EP which is tipped to be released in late July, the Letterbox Kid is planning a second EP release, called Inclement Weather, with many of the demos already being completed, with this string of tracks come a weather themed project with a synth-pop and rap vibe being at the forefront. 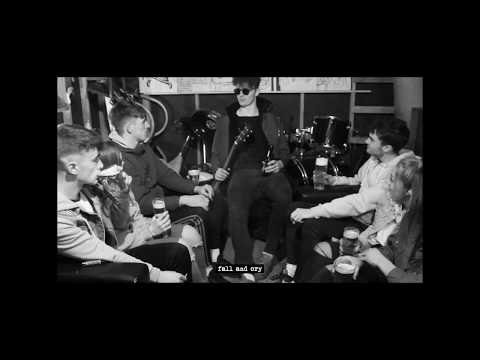 Yeah I've Got You Callin
A Silky Face