LEWWAB are a female electronic duo hailing from the city of Cork, Ireland. Fusing piano, percussion and synth amongst other electronic ambient sounds, LEWWAB's ambition is to create good music and share that music to a live audience.

LEWWAB, also known as Lara and Anna, formed at the end of 2018 when they moved to Belgium together to explore the music scene with heavy influences from Brussel's live electronic scene. Returning home in 2019, LEWWAB began working on their debut EP 'Flowers', which was released in 2020 and was well received through air play from RTE 2fm's Dan Hegarty throughout the year.

Throughout the summer of 2021 LEWWAB were featured on RTÉ Culture's Sessions From Oblivion, produced by the legendary Ian Wilson.

LEWWAB released their second EP, LASER POP, in August 2021, which garnered attention from Spotify playlists such as Hands in the Éire and received major radio play across national stations.

In October, they had the opportunity to record in RTÉ's Studio 8, thanks to Dan Hegarty, and their live performance was broadcasted on RTÉ 2FM.

LEWWAB received their first BBC Sounds radio debut on the 30th March 2022 with their song late for us which was played by Ireland's own well-known electronic artist Elaine Mai.

They took to the stage on Halloween night 2021 at their own headline gig at the Soundhouse Dublin, with support from Hausu's Cork legend Actualacid. LEWWAB's next gig is on the 26th May 2022, at the Workman's Cellar in Dublin. 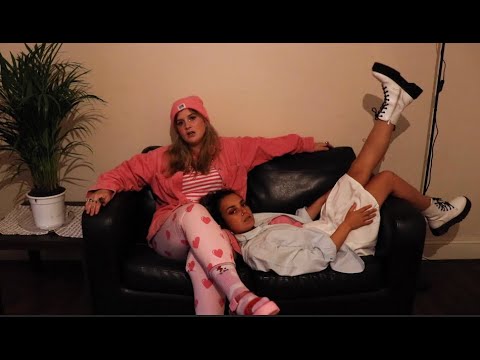 come thru
arcade
HIGH SPEED CHASE
late for us