LIKE A FIRE, as the name suggests, is about to set the Irish music scene alight this year with his hard hitting R’n'B fusion of Rock and Pop. Using the grounds of a 17th century church as his creative hub, LIKE A FIRE has spent the best part of 2 years writing and producing material for what promises to be an exciting and unforgettable debut EP - 'VVV', set for release in late 2013.

With an intensely captivating and mesmerizing sound echoing shades of Justin Timberland and One Republic and LIKE A FIRE shows that he is set to join the ranks some of the most prolific modern day songwriters and producers. ‘You need to think big, bold and colorful, otherwise what’s the point? Then go with your vision, at all costs, and the magic will really start to materialize’. Expect powerful, emotionally driven choruses, irresistible grooves and a delivery so honest and intense in approach, it’s nothing short of electric.

Taking on all production duties for the record, LIKE A FIRE shows he has a natural flair for music production and arrangement with an album diversely rich in musical sounds, taking elements from a vide variety of styles while still delivering an accessible and commercial release – ‘I fell into production out of necessity, but what I didn’t realise, is how at home I’d feel with it! It’s addictive. You really are the painter with the brush, you decide the whole emotional feel of the song, it’s your soundscape and you decide how you want to colour it, rhythmically and melodically. I have always loved hard hitting rhythms with emotionally and texturally rich melody. It’s that meeting of these opposite elements which excites me the most. It like a chemical reaction and you get to see it bursting out, in all it’s brilliance. You have the best of both worlds – groove and emotion. I remember when I was 10 years old I got a copy of ‘The Score’ by The Fugees on cassette and I couldn’t get enough of it. The vibe of that album just resonated with something within me – the brash hip hop drums mixed with the texture of Lauren Hill’s voice just did it for me. I must’ve listened to ‘Ready Or Not’ a million times! It was the beginning of my musical journey before I even knew it!

Being my debut EP, this is a culmination of my life’s musical experience. The sum of everything that has passed through my ears up to now! Everything I’ve been exposed to has been marinating within me over the years and now finally has a chance to surface, I’ve put my heart and soul into it. It’s an extension of my perception of the world around me, a chance to let people see through my eyes and hear with my ears, it’s an exhilarating thing for me! Plus, it’s nice to have something to show your family and friends that you have actually been doing something productive! I wrote, produced and recorded everything on the record myself. I was fortunate to have access to an amazing church to record the drums which gave a really unique atmosphere to the recording, plus it makes them sound huge! I’m also lucky to know some of the most talented and progressive musicians around who really made the songs come alive.’I’ve been through a lot of musical phases in my life so far, from listening to hip hop when I was a kid, to listening to pop and rock in my early teens to being a die hard metal fan in my mid teens to going on a diverse musical binge ever since, everything from Led Zeppelin to Jay Z to Afro Cuban All Stars to James Brown to Adele! I’m always listening, listening, listening.

I really feel that I’ve finally completed the isolated part of the record – spending countless nights in the church and grounds recording, editing, writing, that now I’m ready to get it out there and spread it around as much as I can with everyone. It’s like a kid who’s drawn a picture he’s really proud of, EVERYONE has to see it! 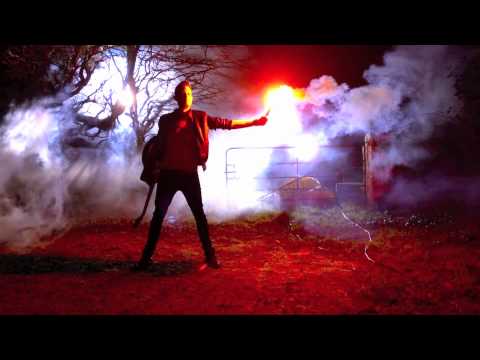 Outta Sight
Harder
Inside Out
Hold On