Lora & Amy are a duo act, playing covers mostly but working on writing their own material now. They comprise of Lora Gilbert - Vocals, Amy Walsh - Guitar/harmony.

The girls are from Balbriggan in Co. Dublin but now live in Dundalk as they are currently in their second year in college studying Applied Music at Dundalk Institute of Technology. Known each other since 2008/2009. They use to mess about with the guitar and sing with all of their friends and when they realised something they both wanted to do was play gigs and perform, so they decided to get together and start a duo! They both sing (Lora doing main vocals) and Amy plays guitar. The first thing they did together was 'Balbriggan's Got Talent' where they placed 3rd, and they have been playing gigs ever since in pubs and other competitions. They also played at the Ballyfermot Rocks Festival in 2011. The girls have played some more pub gigs during late 2012 and are now planning on doing a lot more during 2013. See below for gig dates! 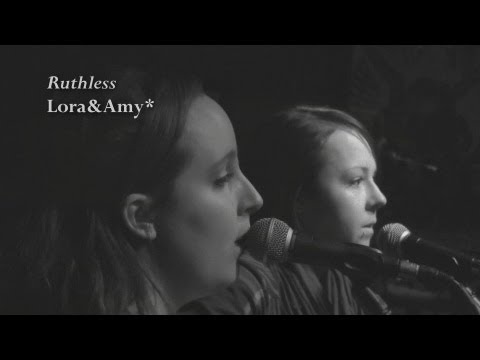