Luminous Black are a 3 piece Fuzz-Rock band based in the greater Newbridge area of Co. Kildare formed in March 2010. All members of the band have been playing music for many years in various other incarnations.
Our sound can be described as “fuzz driven blues grooves”. Our music ranges from the “upbeat grooves” of Pilates for Monkeys and then takes a twist back to the more blues rock end of the scale with Blood Red Blues. At the moment our setlist comprises of 18 original tracks and runs for approximately 1.5 hours, with cover versions included our setlist runs to 2 hours approx.
We started to play live shows in the autumn of 2010 and have had many gigs in venues such as The Village, Whelans & Sweeney Mongrols. The reception we have gotten has been very positive yet our sound has been very hard to categorize by some people. 2011 has been a busy and productive year for the band and next year will see us kicking things up a notch! 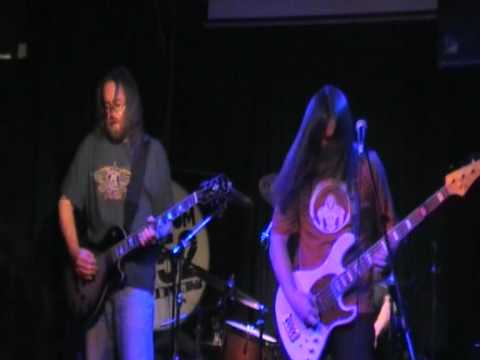