Lyre Dyce have been making a name for themselves on the live scene. Most noteably, their recent support slot with Mick Flannery in the Town Hall Theatre Dungarvan garnered rave reviews. Mick him self proclaimed the band as being "upstaging bastards!" (best compliment Lyre Dyce ever received!)

This EP was chosen by Jackie Hayden as his 'Pick of the Fortnight' in a recent edition of "Hot Press" magazine.

"Dungarvan sextet Lyre Dyce trade in an appealing brand of folk-rock , with regular hints of bluegrass on a debut EP that's edgier than that Mumford clan" - Jackie Hayden, Hot Press

As good a debut as you will hear - Roddie Cleere, KCLR FM

"Intriguing, creative and beautifully composed this is a brilliant debut EP for Lyre Dyce and well worth the listen" - Cuckoo Voice 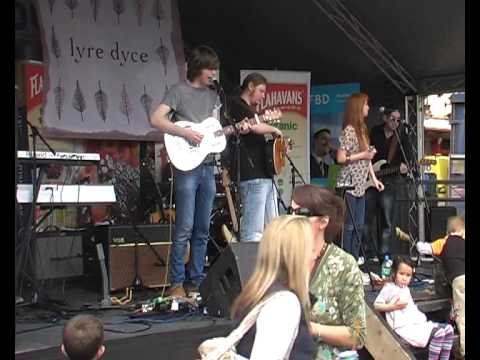