Goal by goal Marty Mone is trucking trough the octave’s of the music world.

Trucker turned full time music artist who now owns and runs his very own multi-company to include:

And he is only getting started.

The Irish singer-songwriter who is best known for his song’s Hit The Diff and Slip The Clutch and has been making waves across Ireland and the UK with his eclectic blend of country - rock and folk and is already gaining over,

500,000 (half a million) music and video streams combined each and every week
Plus over 250,000 (quarter million) fans, follows and subscribers

Marty is planning on hauling a lot more weight to these numbers with truck load’s of new song’s which he has already written and is set to deliver to his fans over the next three years.

He has played a slew of large-scale shows, and performed at venues such as
Croke Park stadium Dublin to 65,000 at a sporting half time interval
SSE Arena Belfast to 9,000 at Farmers Bash Festival

Marty has headlined his own shows in Australia, New Zealand, England, Scotland, Wales and Ireland.

He has also appeared numerous times on national television and radio such as,

Hailing from Castleblayney Co Monaghan, Marty exploded onto the Irish & UK’s music scene in Dec 2014 with his single ‘Hit The Diff’, which went on to amass millions of views on YouTube to date. Self-recorded and produced, the track (along with the video that he shot, edited and self-directed), spring boarded his success and catapulted him into the limelight. His debut album followed soon after, a original 10-track affair that was also entirely written, recorded and produced by himself which included “Slip The Clutch” and his best known slow song “Better than a Dream” which is famously used at a lot of first dances at weddings. In the summer of 2018, Marty released a further second original full-length album ‘Steer The Rear’, which has been praised for his knack for pulling a diverse range of influences including country, folk, pop, rock and alternative followed by his 3rd Album Truck and Roll in 2021 featuring another 10 original songs and 3 covers.

Once been described by Her.ie “The Most Irish Song Ever Written Has Been Released And It’s Surprisingly Catchy”, for his song Slip The Clutch and from Today FM’s very own Dermot & Dave “Has Marty Mone Channelled his inner Picture This” of his song “Better Than A dream” Marty continues to receive notable mentions in both print and digital media outlets for his honest approach to music.

Marty is set to write, record and release a lot of original song’s over the next 36 months and continues down the beaten path to shows in his Scania R580 V8 Topline, which he pilots himself.

Through his music, Marty looks to continue connecting with his fans and touring the rest of the world with his sun-ripened blend of country - rock and folk.

Marty’s favourite quote is
“It’s better to regret what you’ve done, than what you didn’t do”.

So lets do it. 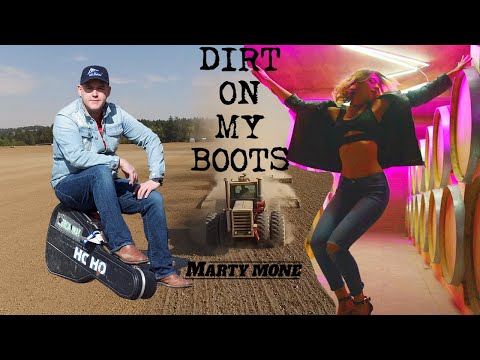 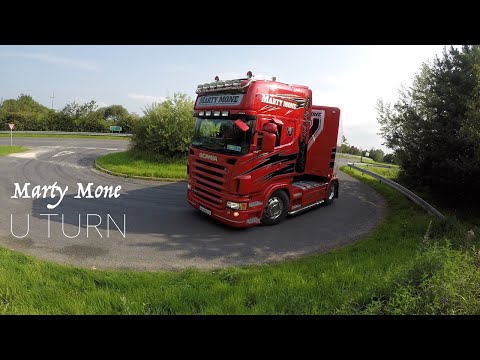