Fiddle player, singer, and songwriter Meg LaGrande harnesses and remixes the power of Irish tradition, its earthy stories and ethereal strains. She uses loop pedals and age-old musicianship to summon Ireland’s wild storms and bittersweet tenderness, having honed her craft criss-crossing continents playing for the National Dance Company of Ireland and entrancing crowds on the streets of Dublin.

The sought-after session player is now going solo. Her debut single, “With The Dawn,” bursts with gentle vigor and airy harmonies straight from the dunes of County Clare. Produced by Alex Ryan, the bassist and musical director for Hozier, “With The Dawn” channels the bittersweet evanescence at the heart of many an Irish song. The track is a treat for both rootsy indie fans (think Aurora and Mumford & Sons) and Celtic music lovers (think Lorenna McKennitt and Clannad).

She also created her own sound, one that reflects the years of playing Celtic folk while weaving in a fresh, bold attitude. “Playing fiddle acoustically on Grafton Street was not enough to pull a crowd and earn an income. The fiddle isn’t a chordal instrument and it’s hard to sound full enough when you’re on your own on the street, and unlike the guitar it can’t accompany while I sing” Meg notes. “I had to use tech to bring the sounds that I heard inside my head out. Looping lets me build a soundscape which I then use to accompany my voice.” This soundscape does more than draw a crowd. It won Meg a spot in Irish national TV’s popular Late, Late Show, when Jay of Dublin-based rock group Kodaline passed by one afternoon and asked her to join the band on air.

The sheer joy of good company and natural beauty inspired LaGrande’s first single, “With The Dawn.'' It's a breathy, exuberant tribute to a night spent playing music in the sands after the Willy Clancy festival near the picturesque town of Lahinch, where La Grande now lives. Captured in its accompanying video directed by Roisin El Cherif (Vikings, Fantastic Beasts, Game of Thrones), It's also a love song to one of Ireland’s cultural hearths, the coast with its North Atlantic gales, its crystalline waters, its imposing cliffs.

LaGrande channels them all in the curling reels of her fiddle and the airy urgings of her voice. “There is such profound beauty here,” she reflects. “This part of the world evokes storytelling. It begs you to live in the moment, aware that time moves on.” 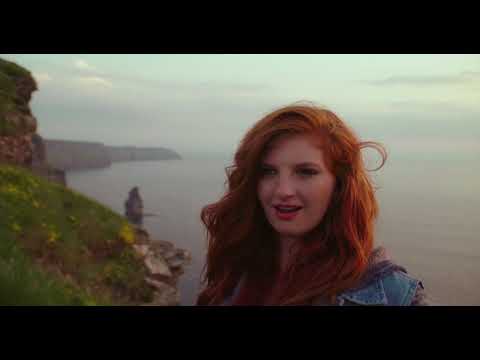