"‘If You Wanna See Me' cements modernlove.'s reputation as one of the most captivatingly inventive Irish indie-pop acts of recent memory.’" HOT PRESS

Ireland’s modernlove. have rapidly become one of indie-pop’s brightest and most talked about new bands. 2019 saw the release of singles 'Bop’ and 'Liquorice' and with streaming figures at nearly half a million on Spotify, they've been featured on editorial playlists such as New Music Friday UK, Fresh Finds, Alt.Pop and The Pop List.
‘Bop’ was also featured in a recent episode of the Channel 4 series 'Made in Chelsea' .
2020 saw the release of Hard To Tell You and a SOLD OUT Dublin headline show in The Sound House in February 2020.

Hotly tipped as one of the acts to watch by Hotpress, modernlove. had an explosive year in 2019 and 2020 has got off to a strong start despite the current situation with COVID19 'Liquorice' was featured in the Top 50 Songs of 2019 by The Last Mixed Tape and they've been announced at Ones To Watch in 2020 by XS Manchester
All of modernlove's singles to date have picked up national radio support in the UK and Ireland including 'Play Irish Artist of The Week' by Ed Smith on Today FM, Track Of The Week on XS Manchester, radio premieres on 2FM and spins on BBC Ulster, Across The Line and Radio X

The band are making a name for themselves for crafting some seriously catchy upbeat indie & alt-pop anthems. Known for their dazzling live performances and polished vibrant recordings, international recognition is certain to arrive soon for modernlove. Catch them perform their headline show in The Grand Social, Dublin on Oct 31st as part of the rescheduled Eastbound Festival.

Recent release 'If You Wanna See Me' landed straight on to Spotify New Music Friday as well as the editoral playlists Alt Pop, Fresh Finds, Fresh Finds Indie and A Breath Of Fresh Eire. A lo-fi electronic track which sets them apart as a band whose sound and style flow and evolve seamlessly. This release will hopefully see a whole new audience discovering modernlove. 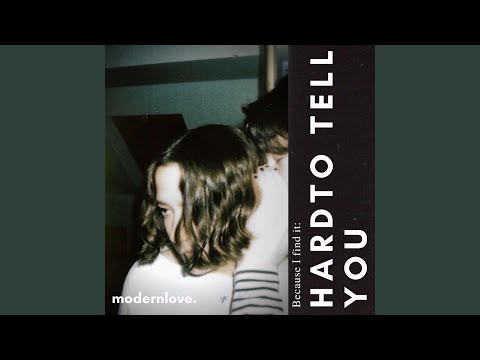