Johnny and Simon met in college in 2005 before moving to London where, a few years later, they m​et Brian through a mutual friend. Individually making music as Monoak (Johnny), The Living Stream (Brian) and London Modular Alliance (Simon), they joined forces in 2015 to start making music together in Hackney Wick, East London. ​​

​​Brian says:
​
''The first track we tried actually became one our first singles. Johnny and Simon had a melody idea and I did some random vocals over it. Something seemed to work, but it wasn't clear at that point how to go forward with it.

Then, one evening we got together for a live jam - just to see what would happen. We set up our gear in my flat. A microphone, an M.P.C. 1000, a good selection of modular synths and drum machines... the set-up took a while! But once everything was plugged in, it wasn't long before we fell into a lovely groove, one that left a nice space for me to sing over. That night the Moons Delux sound was born.

For the next two years we continued these all-night sessions. Recording everything that was played and then going back through the tracks the next day to find the ideas that worked (this is still the way we make tunes). Once we have a solid idea, we begin producing it to a more finalised state - adding final vocals, pads, new rhythmical elements or whatever.
​
Now, almost three years on, we have tunes and jams coming out of our ears! They have been great fun to make and now we're ready to share them and look forward to playing them live.'' ​ 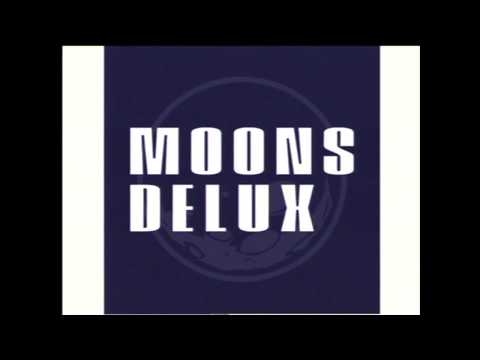